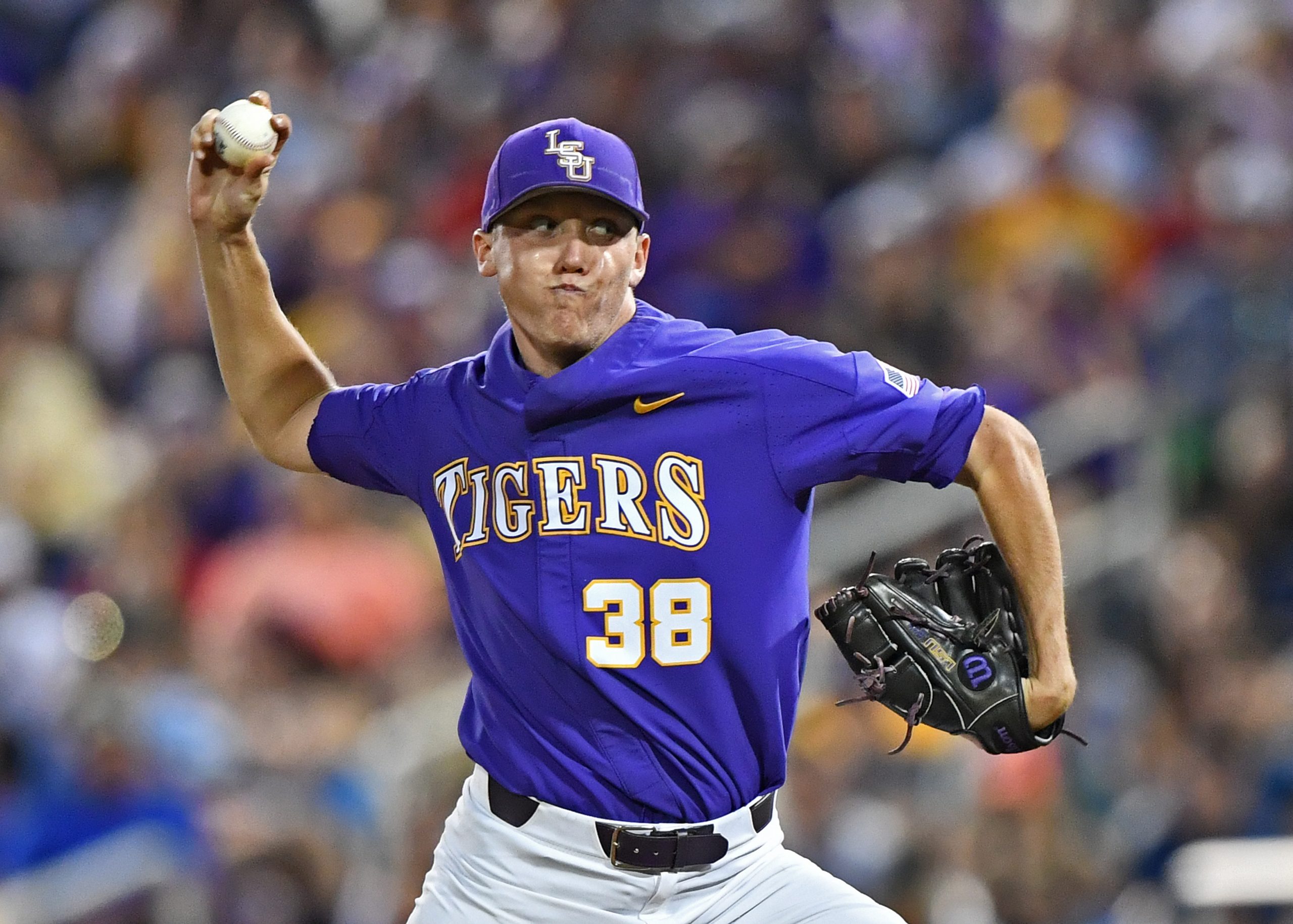 LSU came that close to capturing its seventh National Championship in 2017. After thrilling wins over Mississippi State in the Super Regional, Florida State and Oregon State in Omaha, the Tigers’ run fell just short against Florida on the night of June 27th.

Paul Mainieri’s squad will have a new look in 2018, but the goal remains the same. That goal never changes: Be in Omaha at the end of the season. LSU’s road to the College World Series begins at Alex Box Stadium on Friday at 7 p.m. against Notre Dame. The Tigers will face the Fighting Irish for the first time since 2012.

Key returners like outfielders Zach Watson and Antoine Duplantis will provide the experience this young team needs. Watson’s freshman campaign was nothing short of phenomenal, batting a team-best .317, with 9 home runs, 37 RBIs and 12 stolen bases.

LSU’s pitching loses considerable talent with the departures of stars Alex Lange and Jared Poché to the Major League’s; however, the Tigers do return some familiar faces and some power arms.

Zack Hess was undoubtedly LSU’s biggest pitching story in the College World Series and postseason. Hess was seemingly unhittable and known for his clutch pitching when needed the most.

In the lineup; however, LSU certainly returns some power bats. Returners like Josh Smith, Zach Watson, Jake Slaughter and Antoine Duplantis will provide a boost to this offense throughout the season. The Tigers also added JUCO transfer catcher Hunter Fedducia, who is supposed to make an immediate impact for Paul Mainieri.

Watson and Duplantis were named to the Preseason All-SEC Team.

Although Jake Slaughter only hit a total of 3 homers in 2017, he became one of LSU’s most reliable bats down the stretch and in the College World Series. Josh Smith played third base last year and thrived in that role. Smith was a consistent threat at the plate for the Tigers and played like an upperclassmen in crunch time.

Here’s what the lineup should look like on Friday vs. Notre Dame.

Even though LSU’s 2018 Baseball lineup may seem to be small drop-off from last year’s Championship team, the Tigers are still ready to make another Omaha run.