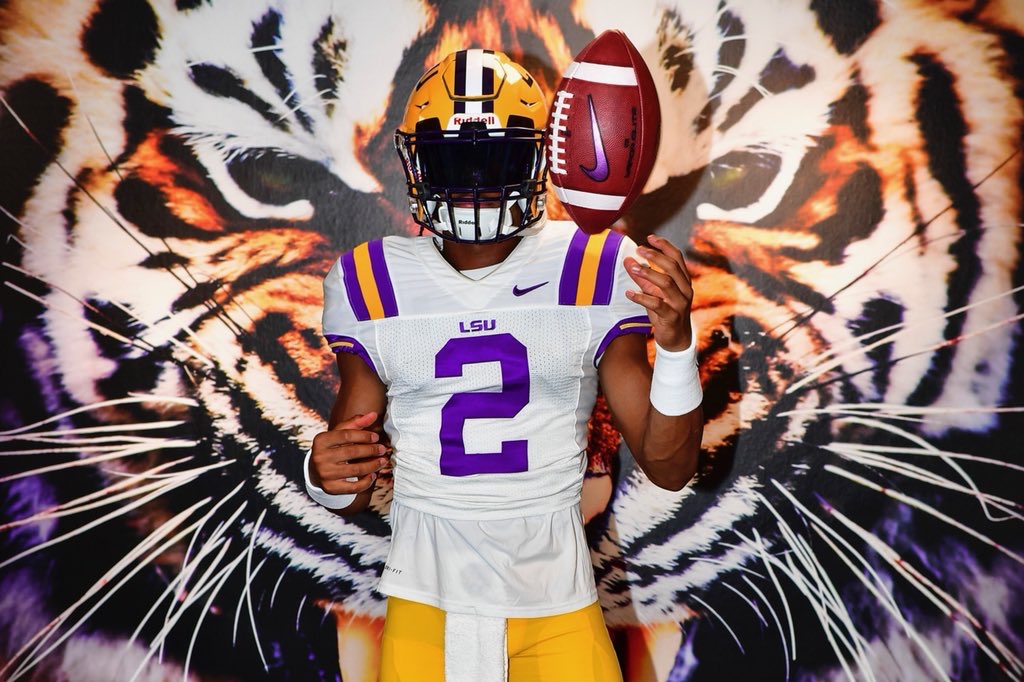 HOLD DAT TIGAH: Four-star Alabama 2019 QB Peter Parrish announced this afternoon that he is committed to Ed Orgeron and the Tigers during his visit for the HS Elite Camp. Parrish has impressed this weekend and the big recruiting week for the LSU coaching staff continues with his verbal pledge.

If you look at his film, it’s hard not to draw a comparison to a quarterback that’s had lots of success in the SEC. That would be Alabama’s Jalen Hurts. Parrish is just an inch smaller and 5 pounds lighter than Hurts was when he entered Tuscaloosa. He is rated the No. 11 DT-QB in the nation, per 247Sports.