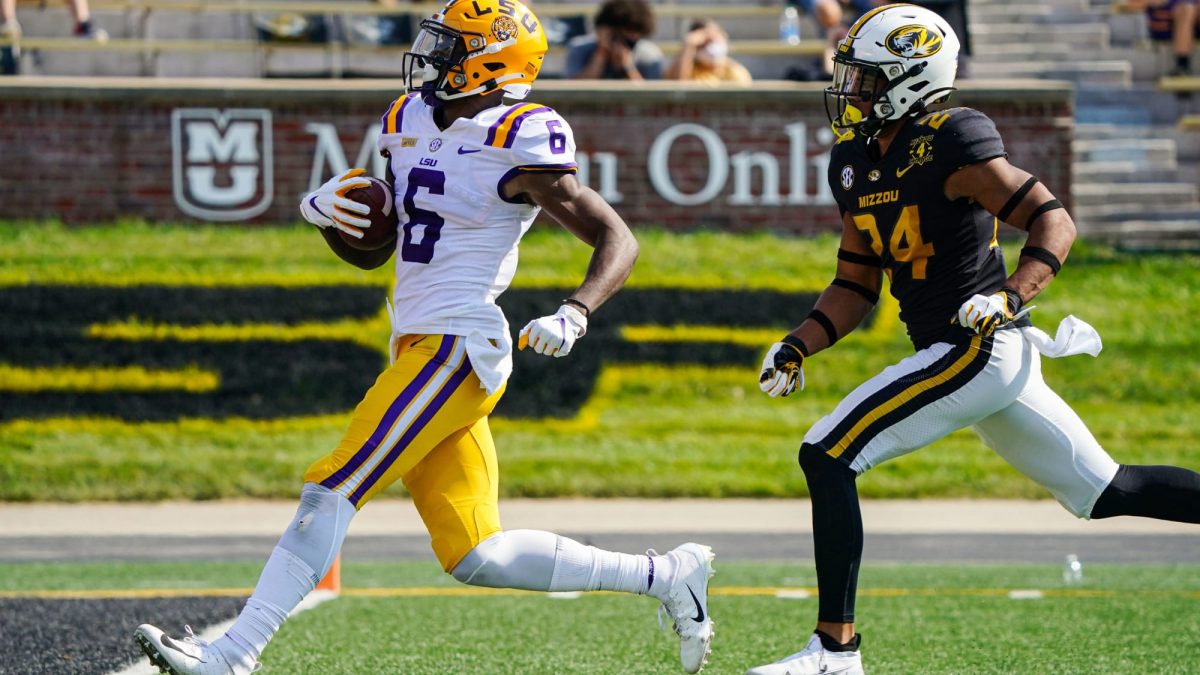 In a game moved from Baton Rouge to Columbia 74 hours before kickoff, Missouri’s goal-line stand in the final minute gave the homestanding Tigers a 45-41 victory over the LSU Football team on Saturday.

LSU (1-2), which was scheduled to play host to Missouri before Hurricane Delta forced the relocation, had four tries from the Missouri 1-yard line in the final minute of the game but was unable to push the ball across the line.

Quarterback Myles Brennan continued his impressive start the 2020 season for LSU, completing 29-of-48 passes for 430 yards with four touchdowns. He wasn’t intercepted.

Wide receiver Terrace Marshall Jr., who was targeted on the final two plays of the contest, had 11 catches for 235 yards and three touchdowns. His yardage was fourth-most in LSU football history. Freshman tight end Arik Gilbert caught six passes for 97 yards with a touchdown, but missed a significant portion of the game with an injury.

Missouri quarterback Connor Bazelak was nearly perfect, completing 29-of-34 passes for 406 yards with four touchdowns including the game winner from 5 yards to Niko Hea with 5:18 remaining in the game.

Running back Larry Roundtree rushed for 119 yards on 18 carries while Tyler Badie and Jalen Knox each scored for Missouri.

Missouri outgained LSU, 586-479, and won despite three fumbles which led to 17 LSU points.