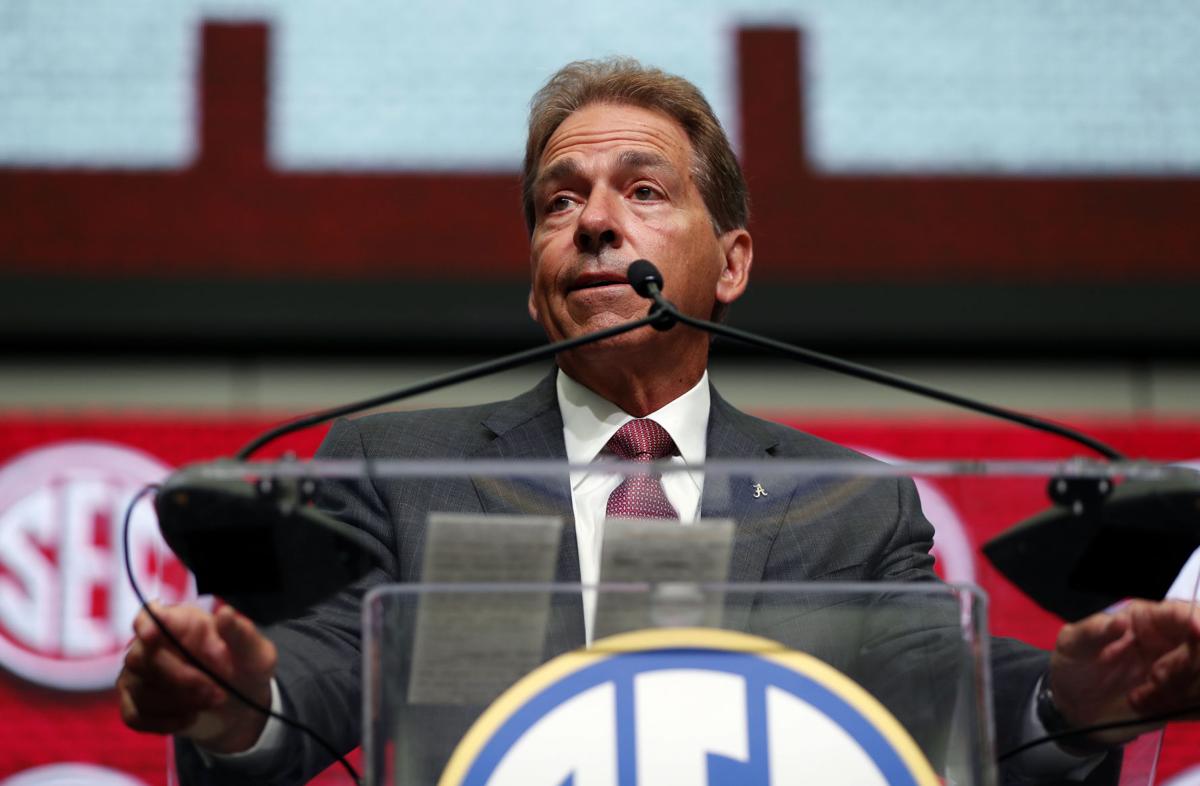 It’s Day 3 in Atlanta and I think we all know who took over Atlanta.

Nick Saban, Anfernee Jennings, Damien Harris and Ross Pierschbacher were front and center at SEC Media Days. Saban enters his 16th media day as the Crimson Tide head coach, and according to him, he’s not going anywhere.

“I’m going to do this as long as I feel I can make a positive contribution,” he said.

As for the literal “Elephant in the room”, Saban wanted no part of answering the quarterback questions, because, well, he doesn’t know yet. He responded “It will be determined” to almost all of the quarterback related questions.

When addressing Jalen Hurts and if he will be on the roster this season, Saban said “I have no idea. I expect him to be there.”

Running back Damien Harris had a lot to say Wednesday. When we asked him about what playing in Tiger Stadium is like, every other season in prime time, Harris responded, saying: “I would say that might be the craziest experience as a college football player. I can’t even describe it.”

LSU plays Alabama in Baton Rouge on Nov. 3rd. Likely to be primetime on CBS.

At the end of the day, it was nothing but a Saban show inside the Hall of Fame, but let’s not forget there were three other schools in attendance. Joe Moorhead, Nick Fitzgerald and Mississippi State were the first to talk to the media. Moorhead knows there’s work to be done, but believes this program has what it takes to compete with the top. “Alabama is the standard in our conference. We’re looking to elevate our program from good to great,” he said.

Tennessee (Pruitt) and Missouri (Odom) would be the final two schools and coaches remaining. Interstingly enough, Drew Lock said he “refused to watch the NFL draft” this year after making the decision to return for his senior year.