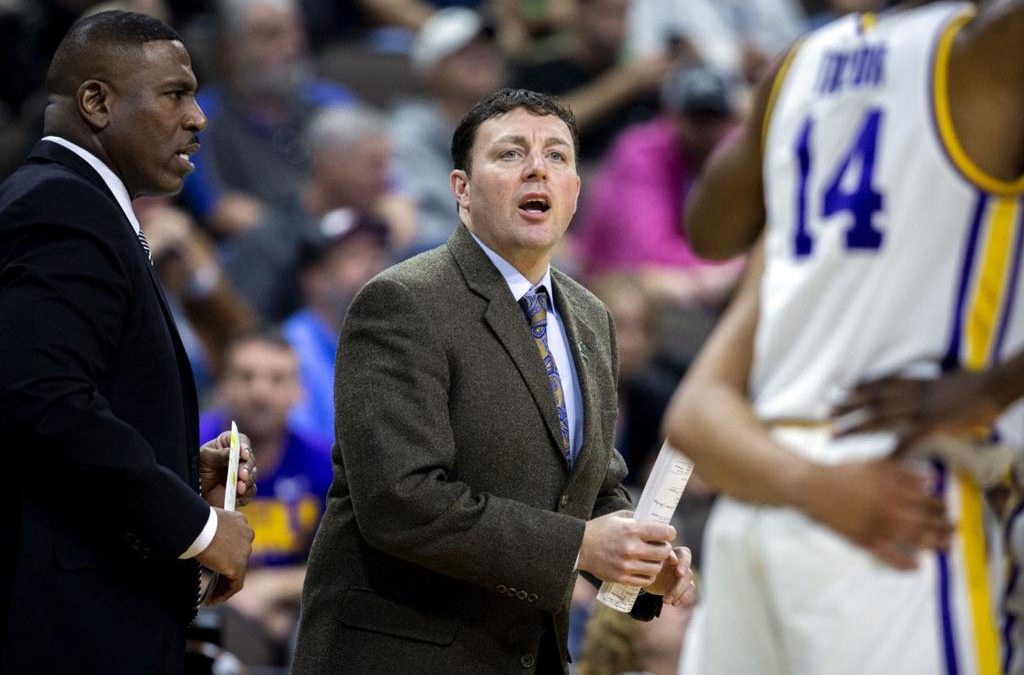 LSU assistant coach Greg Heiar, center, coaches from the sidelines during the second half of the first round men's college basketball game against Yale in the NCAA Tournament, in Jacksonville, Fla. Thursday, March 21, 2019. (AP Photo/Stephen B. Morton) Stephen B. Morton
Basketball

LSU associate head coach Greg Heiar confirmed his departure from the program via Twitter on Thursday after three seasons in Baton Rouge.

Heiar has built a reputation to be an outstanding recruiter and one of the top guard developers in the country, key to the maturation of All-SEC players like Tremont Waters, Skylar Mays and Javonte Smart.

“We were grateful for the opportunity here at LSU. We definitely loved the people, the players, the university, the fans, the city of Baton Rouge,” Heiar told 247Sports. “My family, Jess and I really appreciated the opportunity to help build a winning and championship basketball program while we were here.

After six seasons at Wichita State, Heiar was brought on by Will Wade as a member of his new staff. With him now gone, Bill Armstrong will reportedly be promoted to associate head coach and Kevin Nickelberry will move up from support staff to coaching staff.

“The best accomplishment though was when my daughter, Alexis, graduated from U-High of being here and moving on to her dream school at the University of Iowa,” Heiar said in the 247Sports interview. “Obviously, we went to the Sweet 16 and were SEC Champs, but that means the world to me just because of the school system and the family aspect of moving here.”

Heiar’s departure has been expected for weeks as programs have expressed public interest in his services.