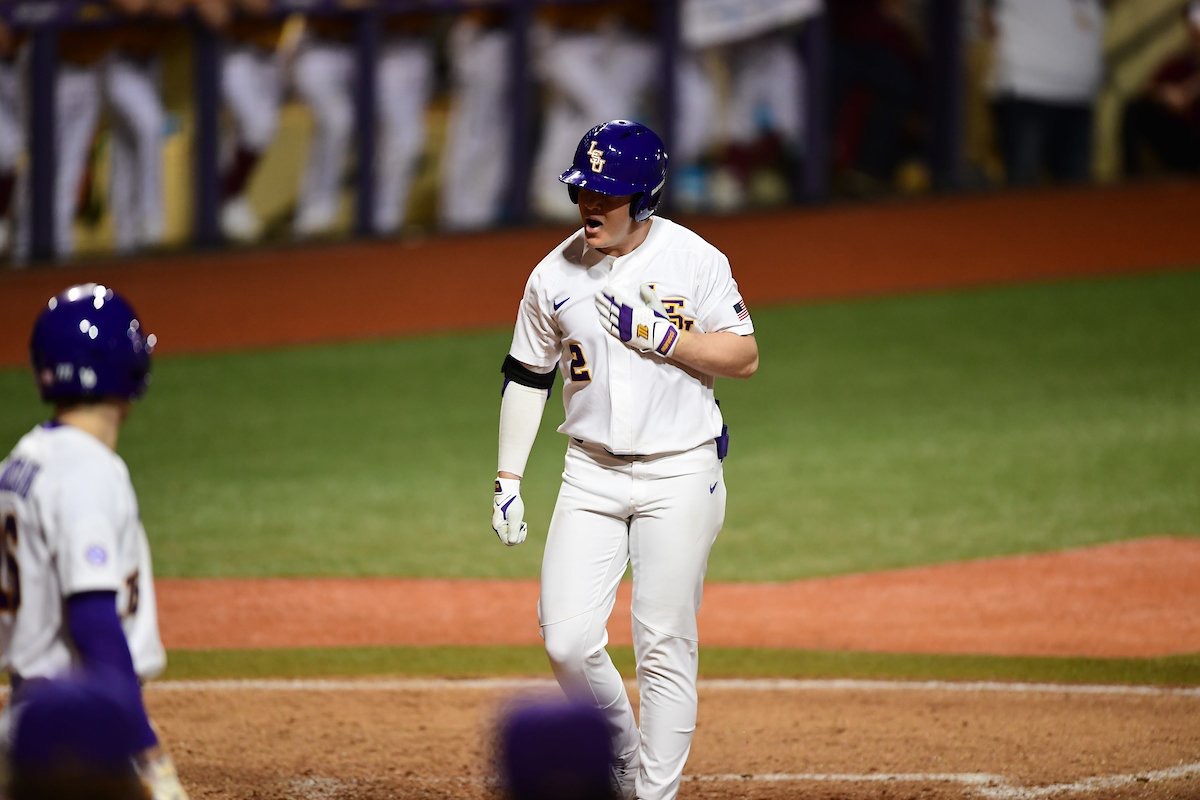 Antoine Duplantis and Daniel Cabrera were the story of the night, both hitting two home runs. Duplantis broke the game wide open, smashing a grand-slam into right field to extend LSU’s lead to 12-7.

Duplantis hasn’t hit more than two home runs in an entire season while at LSU and tonight he matched his season-high in one game.

Tough first outing for Hess, but Eric Walker came in to throw two scoreless innings, notching 2 strikeouts and giving up 1 hit. Walker had not seen live action since the 2017 College World Series due to Tommy John Surgery.

Next, LSU will host Army at The Box tomorrow at 2 p.m.

Wayde Sims to be honored at SEC Tournament

Baseball drops first game of the series to Texas