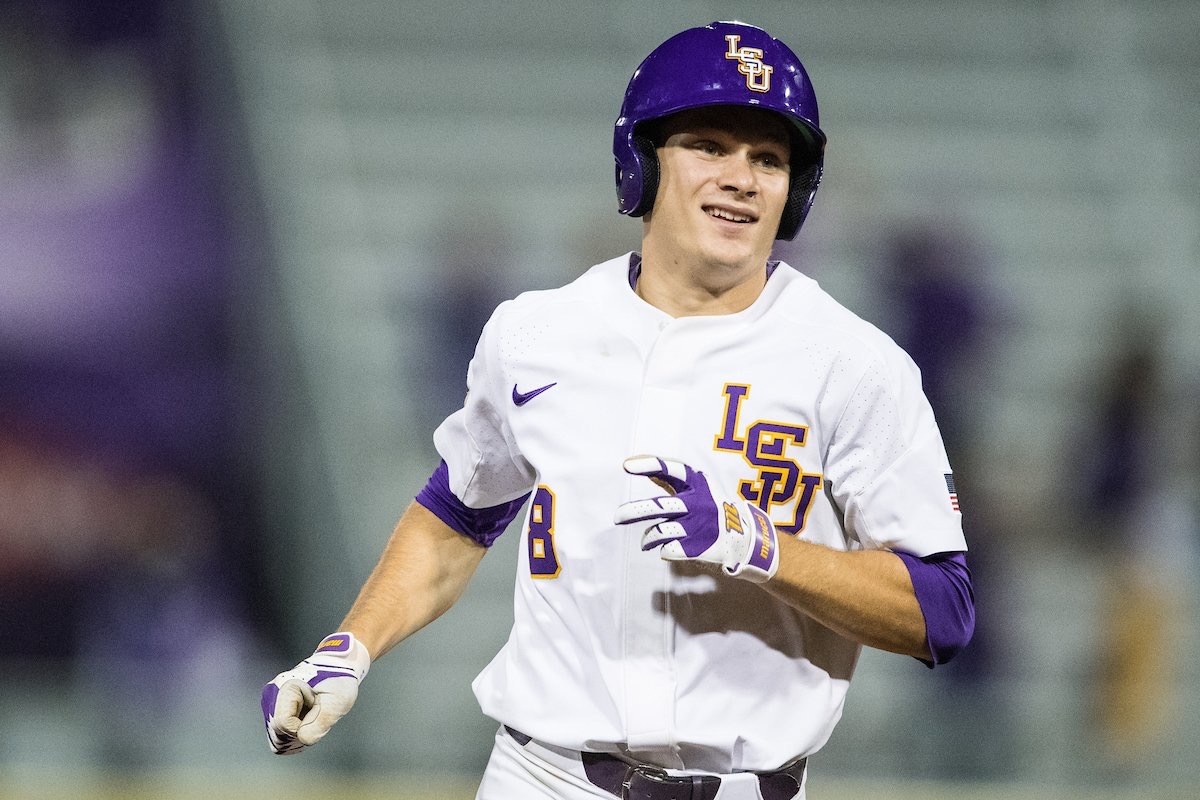 LSU jumped out to a quick 3-0 lead in the first, but shortly after Zack Hess would exit the game after throwing just 13 pitches due to groin soreness. From that point forward, this game was all kinds of crazy.

How did the Tigers end up on top?Josh Smith scored the winning run off an Antoine Duplantis ground ball in the top of the tenth. Tonight, Duplantis moved ahead of Todd Walker to No. 4 on LSU’s all-time hit list with hit No. 311.

Next, the Tigers return to Taylor Stadium tomorrow for Game 2 at 5:00 p.m.