Home > Other > Basketball opens with 99-59 win over Alcorn State 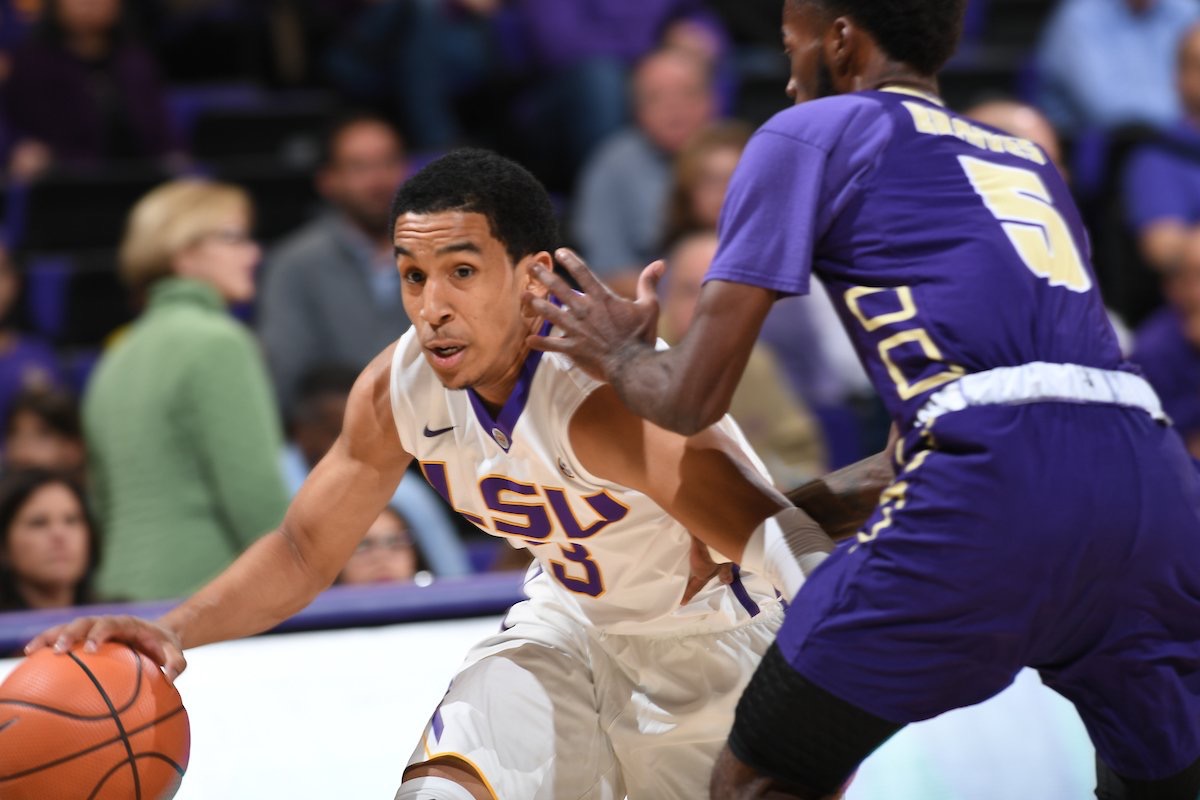 After 222 days … basketball is back in the PMAC.

LSU opened up the 2017-2018 season tonight with a convincing forty-point victory over Alcorn State in front of 11,856 fans, which happens to be the largest opening night crowd in the last twenty years.

The Tigers shot a .610 FG%, the highest in a season opener since 1997. LSU and Will Wade showcased a team that may not be the most talented in the SEC but could have the most energy. Coach Wade’s constant energy on the sideline proved to give a boost to the team throughout the game.

LSU was led by freshman guard Tremont Waters who posted 27 points, 6 assists and 5 rebounds in his collegiate debut. Waters, the young star from New Haven, Connecticut, is the first LSU player to score 25 or more points in a game since Antonio Blakeney vs. Auburn on Feb. 7 2017.

Another notable performance was the play from senior Duop Reath, scoring 11 points, 2 rebounds and an assist in tonight’s opener. The direction of the program under Wade is certainly going in the right direction, who also currently holds the No. 3 recruiting class for 2018, according to 247Sports.

Next, LSU takes on Samford in the PMAC on Nov. 16th at 7 p.m. For more information on LSU hoops, follow us on Twitter @InsideLSU/@HValentineLSU.