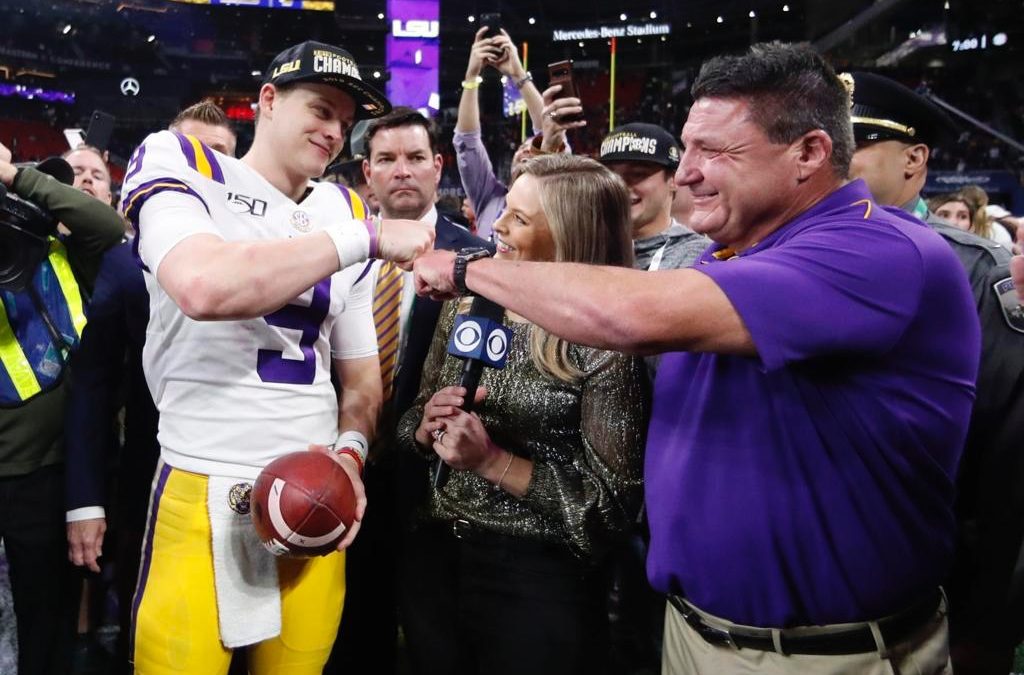 Half a decade. I can’t believe it.

I remember scrolling through Twitter one day in October of 2015, inspired by reporters like Ross Dellenger of The Advocate. I quickly grew tired of consuming content and was energized to create my own. Thus, InsideTheTigers.com was founded inside of a small high school dorm room.

Like anybody who starts anything from the ground up, I began writing for an audience of zero. But at that point, it didn’t really matter. I was just excited to be able to have my own website. It provided me with a platform and some credibility.

BUT IT TOOK COUNTLESS – and I mean countless – hours behind the scenes; writing, tweeting and podcasting to build somewhat of a following. Some of our content in the early stages got a big boost with retweets and promotions from LSU stars like Tyrann Mathieu, Jamal Adams, Leonard Fournette and many others. At the very least, it helped get our name out there and on people’s timelines. And I’ll never forget what it felt like having our first “viral” post, having to turn off notifications on my phone because of how quickly they were coming in. It was the first of many.

There’s no question we started to gain traction quicker than most would so close to inception. It only took two years for LSU’s head football coach Ed Orgeron and head basketball coach Will Wade to follow us on Twitter. Months later, I was asked to be a guest on 1130 The Tiger, a major sports radio station in Louisiana, as a senior in high school. Months later, we got to attend SEC Media Days. All of this was happening before I even got to LSU. Things were rolling quicker than I thought they would.

It’s actually incredible to think about the doors this website has opened for me. It’s a testament to the power of social media, what working hard gets you and the beauty of creating the path you want for yourself. In today’s age, there’s really no excuse. If you want to pursue something – go do it. The resources are right in front of you.

We’ve been able to cover some crazy games and events.

A historic national championship for the football team. A Heisman Trophy ceremony. A Sweet 16 run and SEC title for the basketball team. A pair of College World Series appearances for the baseball team. And a lot of painful losses along the way.

I’LL ADMIT IT: it’s been very hard to maintain this site on top of everything else. I’m now a student reporter and writer for LSU Athletics, which has become my main focus over the past year. I’ve completely shifted my time and energy into the work I do with the athletic department, but don’t worry, I haven’t forgotten about this blog.

In fact, we’ve invested a ton into creative and digital content over the past 12 months, which I’m very proud of. That’s how you separate yourself as an independent site nowadays. No LSU site has produced creative social content (other than LSU itself) like we have and it hasn’t been close. Between graphics, video edits and wallpapers, everything is done in-house and is unique to our brand.

You can check out our creative works in our Behance. Some of the projects have been so impressive, and that’s evident through the engagement they’ve been shown on our social platforms.

So here we are. It’s been 1,827 days since we started this thing. We’ve published over 1,000 stories since then. We’ve garnered hundreds of thousands of page views. We’ve built a significant following of LSU fans on social media. It’s been awesome.

To those that have followed along: thank you. It’s been so much fun connecting with all of you over the past five years, and hopefully we can keep this going for another five.

Big thanks to everyone who’s followed along. Today, https://t.co/kXOFtvLXjH celebrates its five year anniversary.