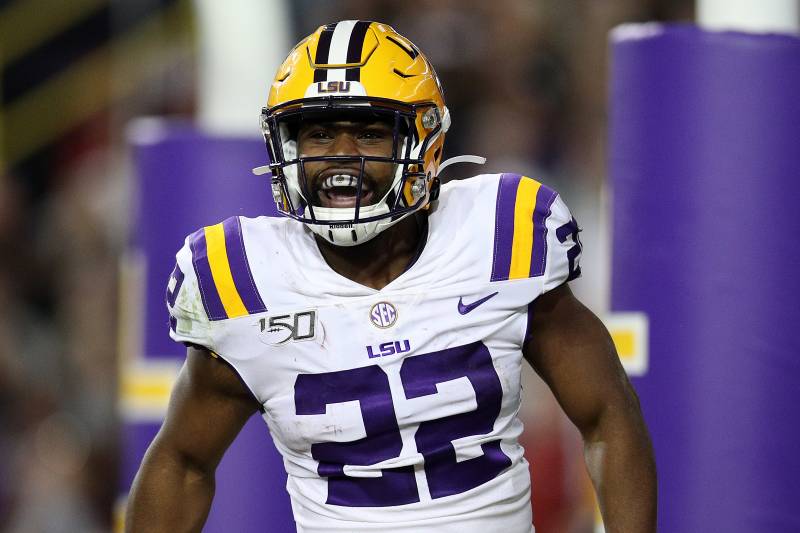 Rumors started to swirl Wednesday morning about a possible injury to LSU’s running back Clyde Edwards-Helaire.

Those rumors were true, as Edwards-Helaire suffered a non-contact hamstring injury in practice on Tuesday, and the severity remains unknown. At tonight’s press conference, coach Ed Orgeron said the 5-8, 209-pound Baton Rouge native was tested today and the coaches will know more later in the week.

“I don’t know the extend of his injury,” Orgeron said. “He went to get some tests today. We will know more toward the end of the week.”

A starter in all 13 games, Edwards-Helaire’s status is listed as “questionable” for the Peach Bowl semifinal, which kicks off ten days from now. Ty Davis-Price was seen taking first-team reps during Wednesday’s media viewing of practice.

LSU surrenders another late lead in loss to Southern Cal