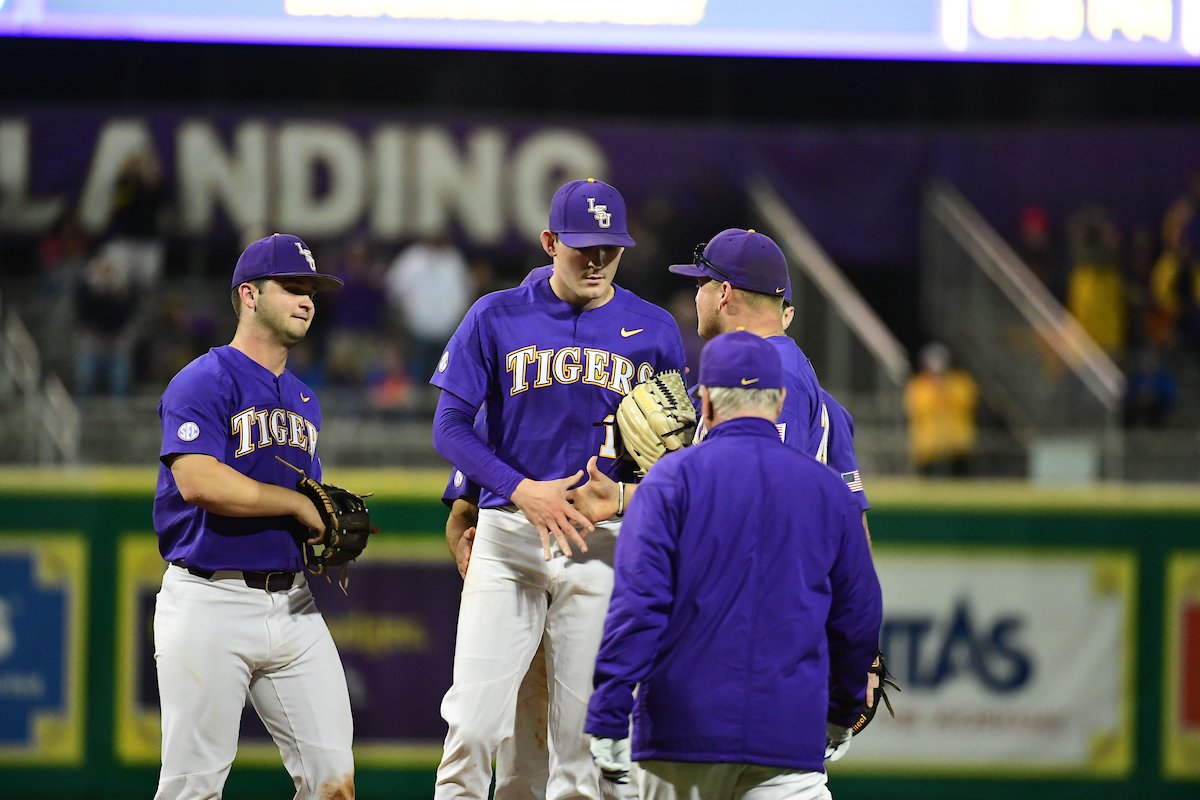 LSU will be without their star pitcher for the third consecutive weekend. Freshman right-hander Cole Henry has been dealing with some elbow soreness of late and coach Paul Mainieri officially ruled him out today for his originally scheduled Friday start.

This is devastating given the magnitude of this weekend’s series in Fayetteville.

The Tigers will likely need to win their next two SEC series (@Arkansas, vs. Auburn) in order to land a Regional Host in the NCAA Tournament. Not saying it’s impossible, but without Henry’s arm in Game 1 taking the series vs. Arkansas looks more improbable.