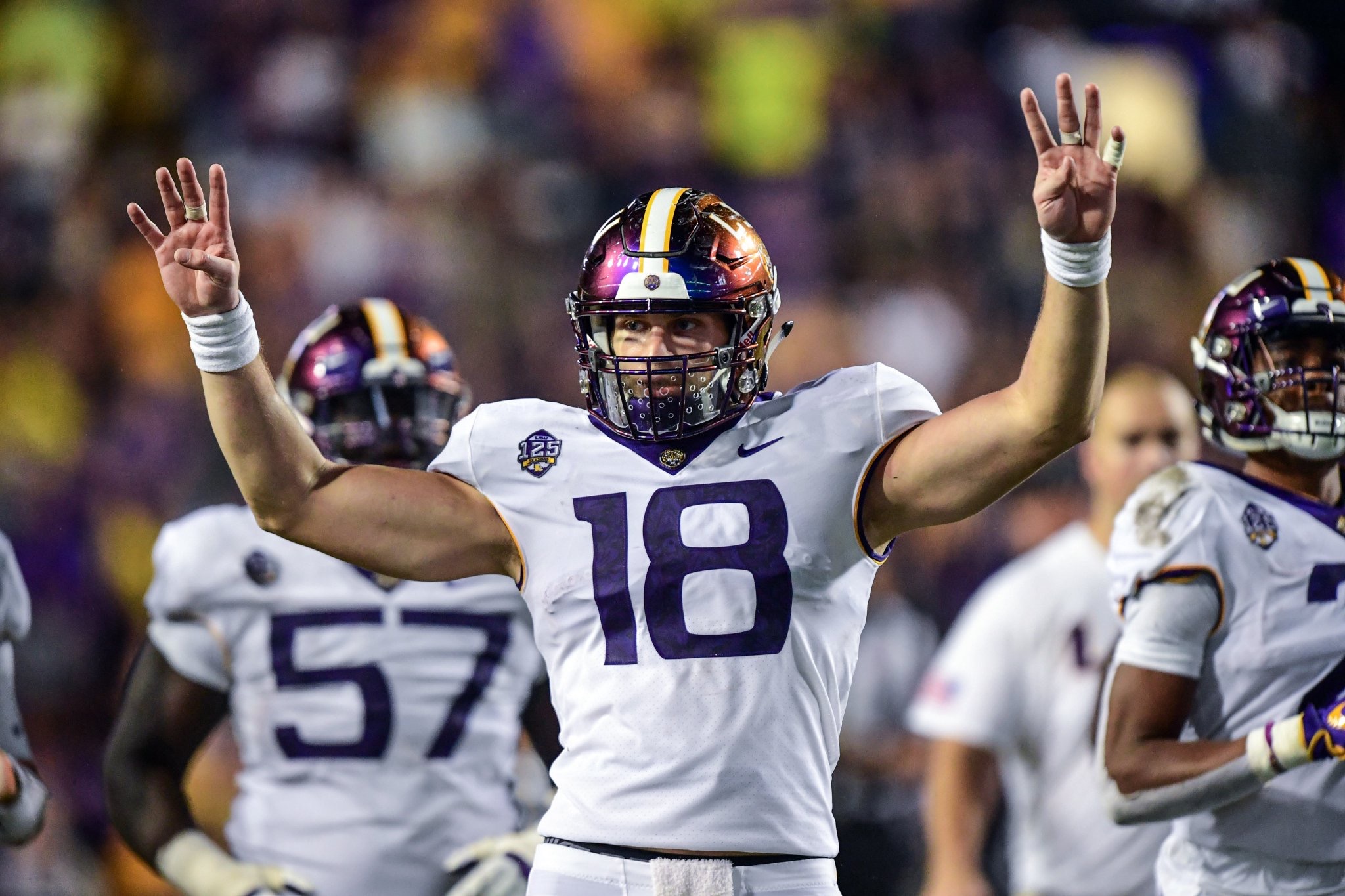 Some called it a trap game.

But, like Ed Orgeron has done so well so far this year, he wasn’t going to let that happen. Not on his watch.

Joe Moorhead and Nick Fitzgerald entered Tiger Stadium coming off a huge home win over then No. 8 Auburn. The Tigers themselves were coming off an emotional win over No. 2 Georgia. Something had to give.

Ed Orgeron reminded the team all week of what happened last year in Starkville … and goodness, the Tigers came out ready to play.

LSU’s defense may have put together their best performance of the season. Nick Fitzgerald threw 8 completions and 4 interceptions. The defensive line halted Fitzgerald’s QB run. Dave Aranda put together a master piece just a week after a great performance against Georgia.

The only bad thing? Devin White got ejected for a bogus targeting call with just minutes remaining in the 4th quarter. Tiger Stadium erupted with boo’s and they didn’t stop until the stripped shirts left the field. White, as of now, will have to sit out for the first half against No. 1 Alabama. Thanks, Sankey.

Joe Burrow went 16-for-28 for 129 yards and an INT. Burrow threw an interception in the end zone, costing the Tigers another touchdown early. Burrow told the media after the game he was “a little nervous” coming off such a big game against Georgia. Burrow heard about Mississippi State’s defense and was ineffective to start.