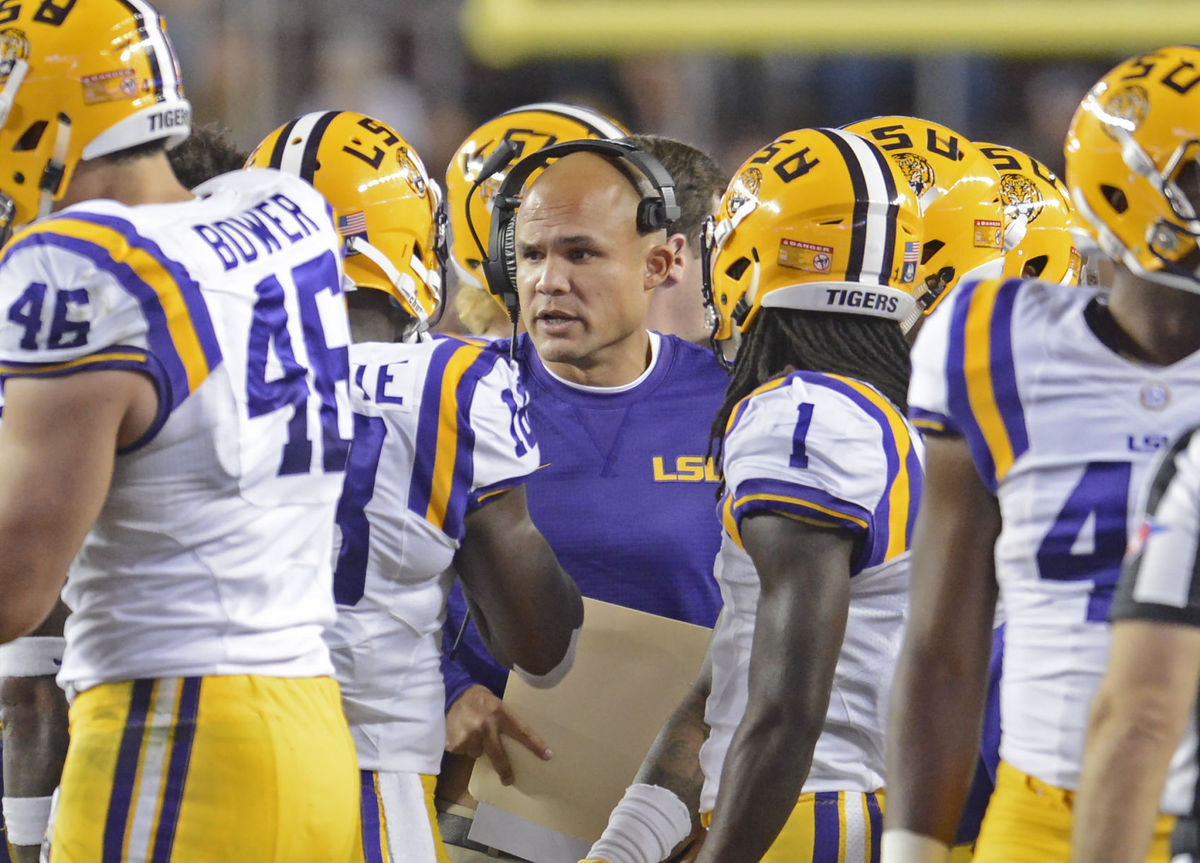 Ed Orgeron and the Tigers will keep their man.

LSU defensive coordinator Dave Aranda “spurned” yet another heavy attempt from Texas A&M today. According to multiple reports this morning, A&M was willing to pay him a significant raise and also allow him to hand pick his staff. Many beat reporters down in College Station expected Aranda to leave Baton Rouge for the offer that was on the table.

After a heavy pursuit, Aranda will remain in Baton Rouge. This has to be one of Orgeron’s greatest accomplishments in his short 2-year tenure. Monumental for LSU’s young and talented defense heading into 2018.

Aranda’s new deal is reported to be a four-year contract, that pays him $2.5 million a year. This makes him college football’s only assistant to be paid over $2 million. Orgeron confirmed the news via his Twitter page.

More on this situation is to be updated hourly. For more coverage on #LSU Football, follow us on Twitter @InsideLSU/@HValentineLSU.