Home > Football > Devin White selected No. 5 overall to the Buccaneers 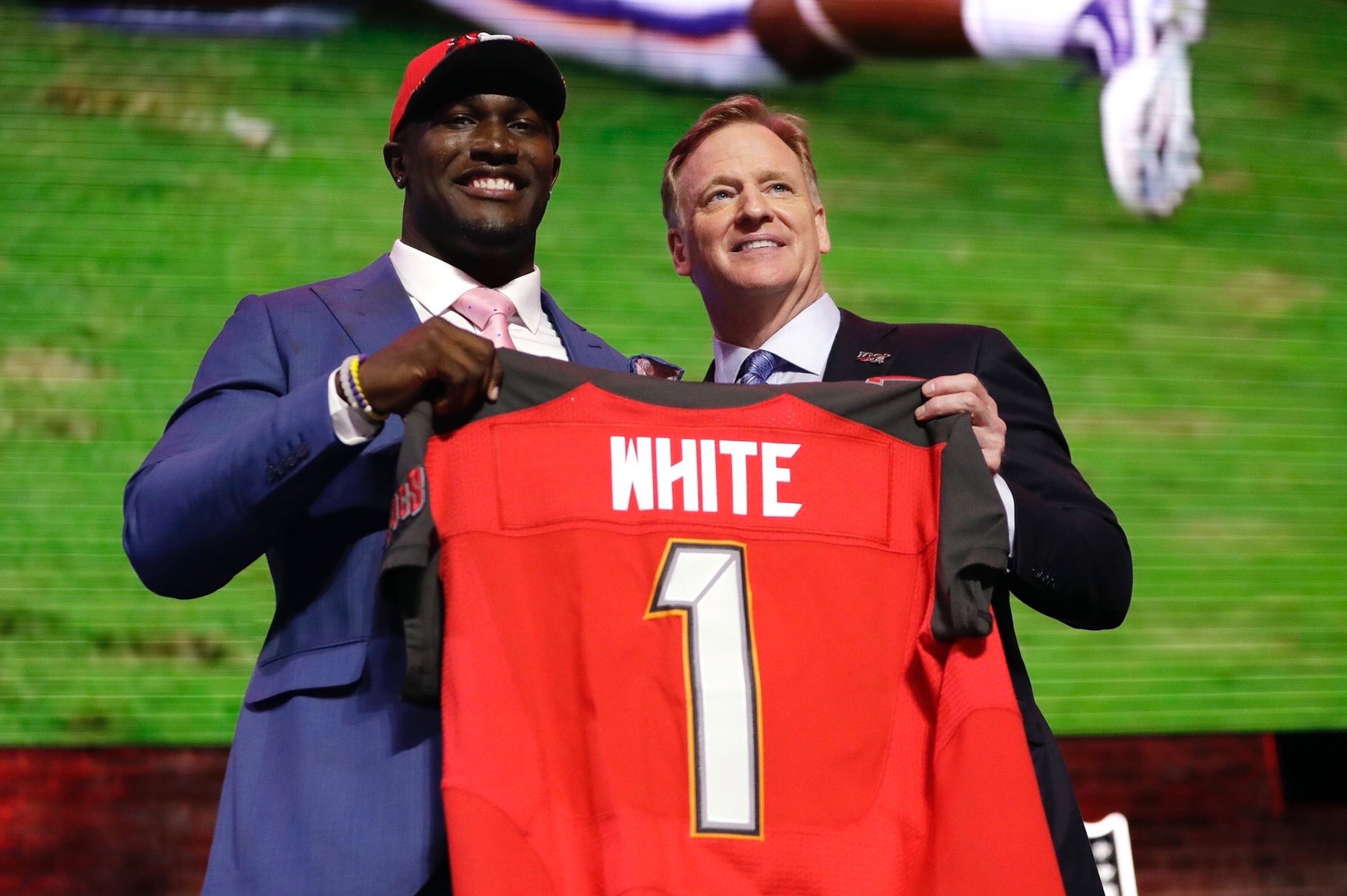 NASHVILLE — The Tampa Bay Buccaneers have selected LSU linebacker Devin White with the fifth overall pick in the 2019 NFL Draft.

White becomes the highest-drafted linebacker in program history and nobody is more deserving. He’s a two-time All-American and the school’s first Butkus Award winner. Now, he’s a Top-5 pick.

White is also the only FBS player with 250+ tackles, 25+ tackles for loss and 6.0 sacks since 2017. White was recruited as a four-star running back out of high school and ended up switching to linebacker once he got to Baton Rouge.

I’d say it turned out okay for him in the end.

LSU's Devin White knew he was heading to Tampa