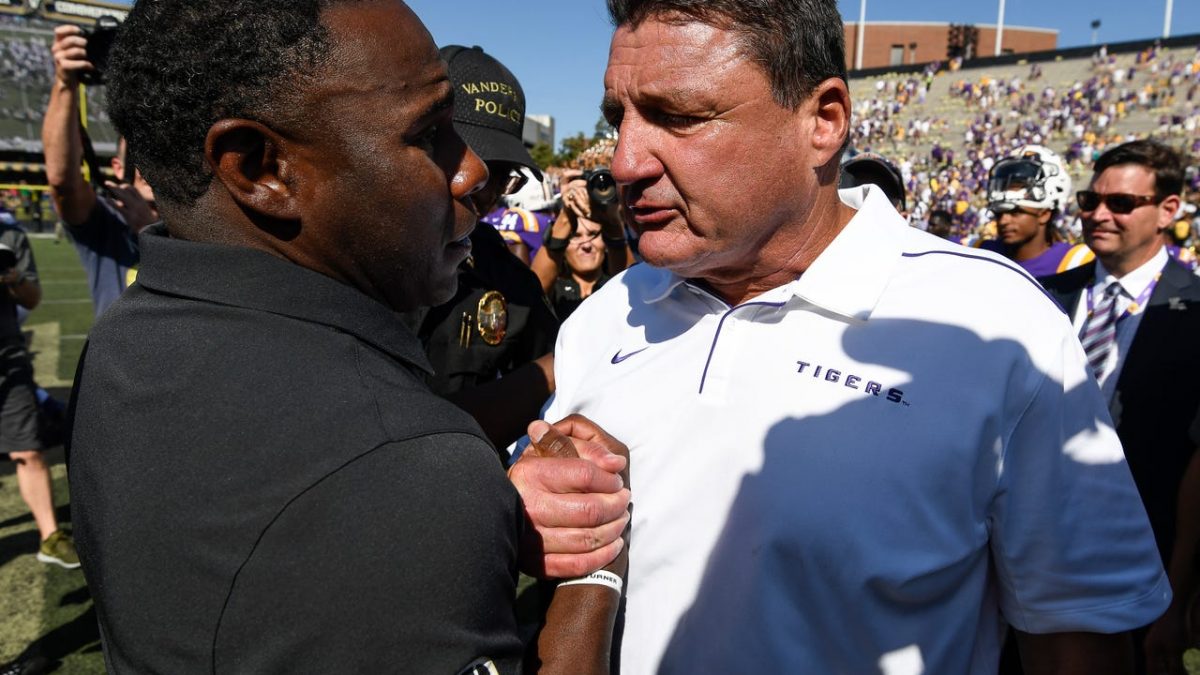 LSU offensive lineman Ed Ingram returned to the practice field on Tuesday after being officially reinstated last week. He will have to complete a 5-day acclimatization process to be able to practice in full pads.

Ingram provides a big boost to an offensive line unit who took a lot of criticism preseason, but has shown some noticeable improvements with this new hurry-up offense. Ed Orgeron told the media today that Ingram will be given a starting spot if he earns it. Adrian Magee will remain the starter until Orgeron says otherwise. I’d imagine, however, there will be a spot waiting for Ingram vs. Florida.

It’s believed that Ingram should be ready to play next weekend vs. Utah State.

“He looked fantastic. Our team had a little pep in their step [with him out there]. I think he gives us a sense of confidence up front,” Orgeron said.

Coach O also mentioned on 104.5 ESPN’s “Off The Bench” this morning that OLB Michael Divinity should be okay and could miss a couple of weeks with an injury that isn’t as bad as it looked on film.

'I think that was the worst game I've played so far': LSU's Joe Burrow is still looking to improve