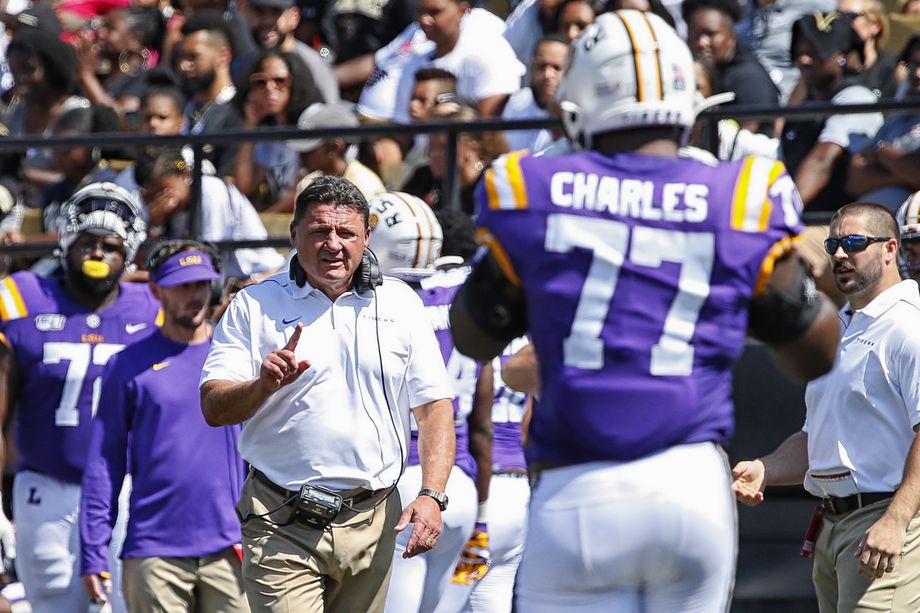 Ed Orgeron told the media Thursday that he won’t waste anytime starting Ed Ingram on Saturday. Ingram will start at left guard and Adrian Magee will move to left tackle, which likely means Saahdiq Charles will not be available.

Orgeron wouldn’t comment on whether Charles would be available. This will be Ingram’s first start since the 2017 Citrus Bowl after serving a year-long suspension for charges that were later dismissed. Orgeron said Ingram has lost weight and has done everything right since that suspension.

Ingram was reinstated on Sept. 20 and has been practicing with the team since then.

Injury report | OLB K’Lavon Chaisson will play, but will rotate in and out. DT Rashard Lawrence will be looked at pregame, but is not expected to play due to a minor injury suffered at practice this week. LB Michael Divinity and DE Glen Logan will not play.

The Tigers face Utah State on Saturday for an 11 a.m. kick on the SEC Network.