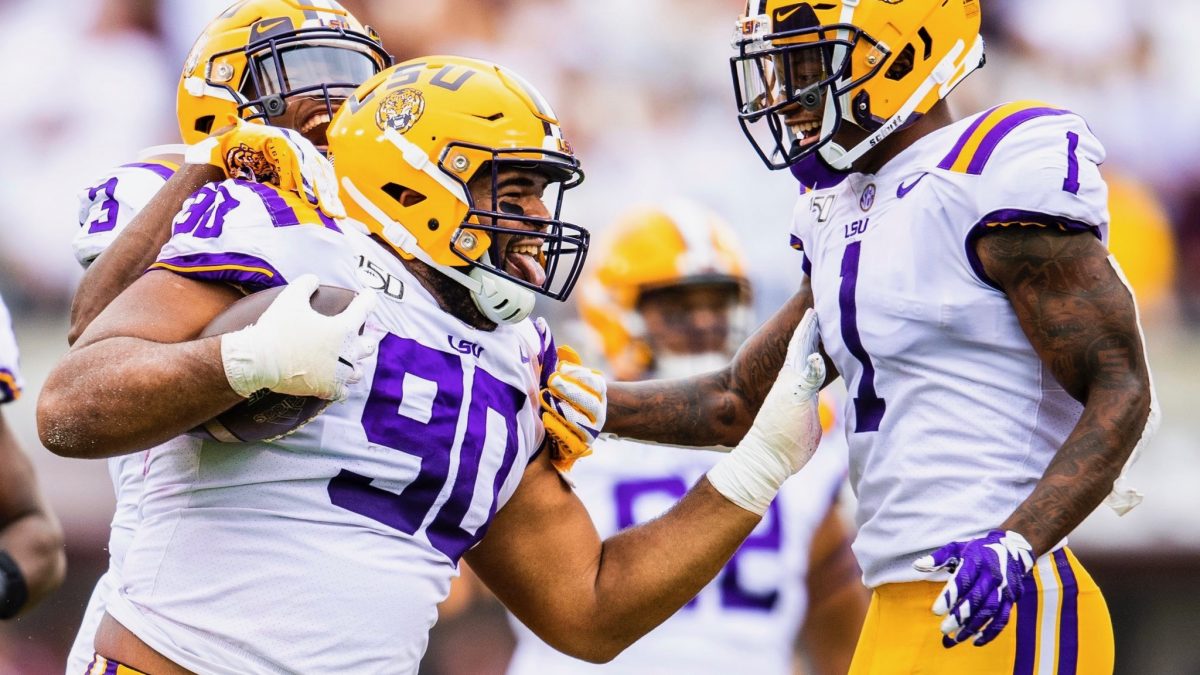 Ed Orgeron on the status of Terrace Marshall

We will see how much he can do. Jack Marucci and Coach Brady have an excellent plan. We talked about it today. He’s going to want to do everything, be ready to go. But we feel that by game time he should be ready to play.

Marlon Davidson is good pass-rusher. These guys get most of their rushes with a four-man rush. They can stop the run and play two high safety. They’re very physical.

Ed Orgeron on LSU possibly looking ahead to Alabama

I think for this team, they’re so focused in on the task at hand, they understood, made some goals, we talked about some things before the season where we want to go. We’re right on track. This is always about LSU, about the LSU standard of performance.

Now, does Auburn have our attention? Heck, yeah. Is this a great rivalry game in the SEC? Yes. Whatever is down the road is going to wait down the road. But Florida was a big game, right? Mississippi State was a big game. The more you win, bigger they going to get.

This is a big game in Baton Rouge. Means a lot to our football. I don’t think at all they’ll be looking past the open date, whatever, down the road.

I’m still going to trust him. He’s our guy. But we’re going to have a plan if he’s not doing well, we may go for it, put the ball in his hands or Joe Burrow’s hands, you know what I mean? I know what decision you’d make right now. Know what I’m saying?

We have options. We can go for it instead of kick a field goal, which is sometimes better. Connor is not ready to be our kicker yet. We believe in our kicker and I’m going to stick by him.

First of all, Thaddeus Moss has brought tremendous leadership to our football team. He’s a young man that transferred here, didn’t know anybody. I think he’s made some of the most mature decisions I’ve ever seen in a football player. I’m very proud of him. That’s why I named him team captain.

He struggled a lot, had a lot of injuries, but he stuck with it. Now he gives us a blocking tight end and a pass catcher tight end. Very athletic. He’s very smart. We can do some things with him. As you saw, we chipped him on the way out. Steve ran the play twice in a row. Those guys didn’t understand how to cover it. Obviously, he had some good genes, a lot of pressure on him. He’s a great young man.

I think he’s in good football shape right now. His technique right now, he’s a little overaggressive. He wants to maul everybody, which is good. He’s a good run blocker. We have to work a little bit on his pass protection. As soon as he gets that down, he’ll play more.