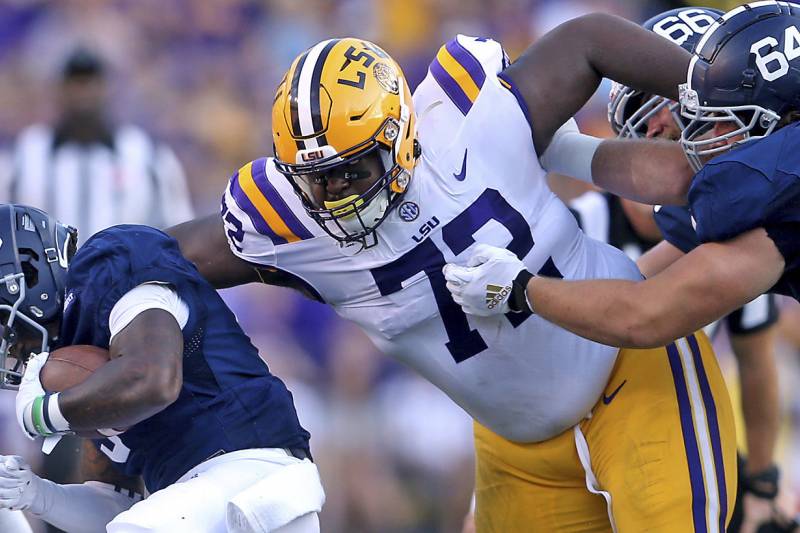 Ed Orgeron met with reporters this morning with LSU just 11 days out from its season-opener against Mississippi State.

One of the topics addressed was the possibility of Tyler Shelvin returning to the team after his decision to opt-out on August 31 to begin preparations for the NFL Draft. There have been some rumblings swirling on social media — and through the media itself — that Shelvin is considering re-joining the team to play this season.

Fellow defensive lineman Neil Farrell announced yesterday that he was opting back into the 2020 season after dealing with family matters.

In 2019, Shelvin was one of LSU’s most productive interior lineman, recording 39 total tackles and three tackles for loss, a stat line that doesn’t effectively portray his contributions to the team.

Ed Orgeron says he’s heard “rumblings” about Tyler Shelvin returning to the team. He doesn’t know where he’s at in his mind, but they would gladly take him back. #LSU