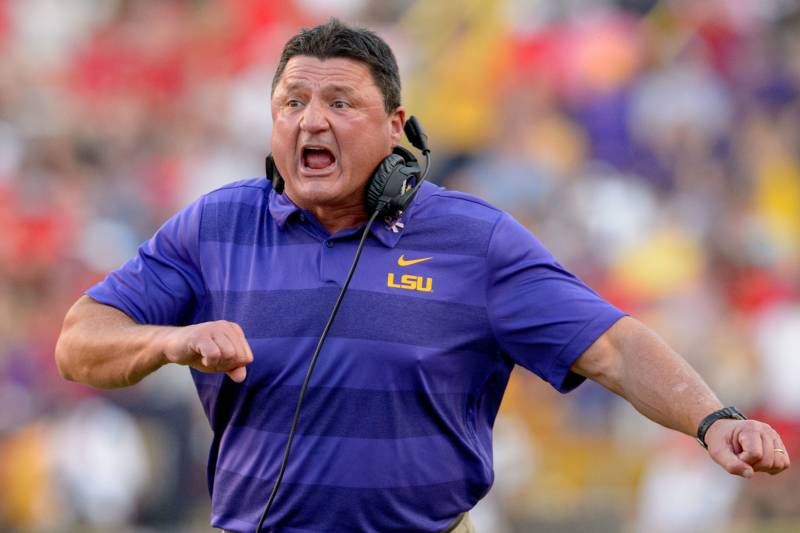 LSU coach Ed Orgeron met with the media immediately following Wednesday’s practice. Orgeron provided some key injury updates and talked about what he liked from his team.

Ed Orgeron says Grant Delpit isn’t 100 percent yet, but he wanted to practice. #LSU will ease him into things

Like how Dennis Johnson took off on his motorized wheelchair.

"That was the fastest I've seen it go." #LSU

With all the injuries on the offensive line, Ed Orgeron said Adrian Magee has the lead at left guard right now. #Lsu

Football headed to Fiesta Bowl to face No. 8 UCF