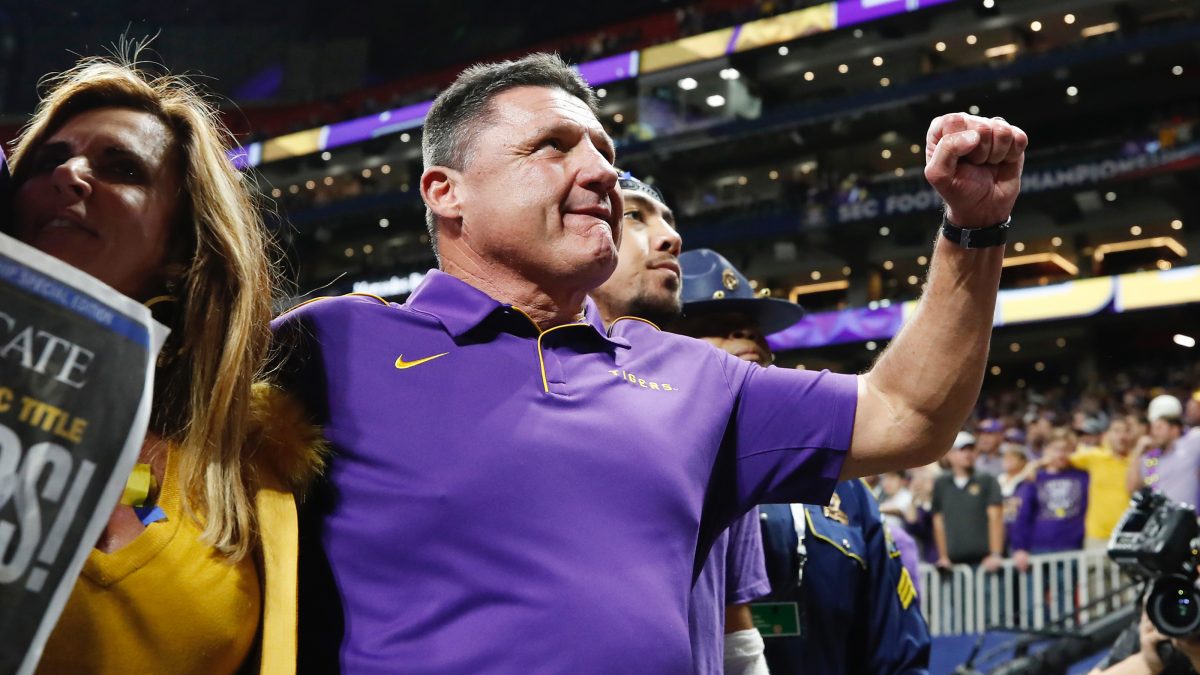 LSU coach Ed Orgeron joined 104.5 ESPN’s Off The Bench on Tuesday morning to discuss preparations for the upcoming season and the current state of college football amid the uncertainty that lies ahead.

With Orgeron’s voice carrying so much weight across the state throughout the COVID-19 pandemic, he’s worked closely alongside Gov. John Bel Edwards to get important messages out to the public. But even he admitted that he’s excited to get back to work and focus entirely on football.

“I am a firm believer that we need to play football, with the safety of our players, coaches and fans (in mind), and I know that our country and the state of Louisiana will be happy when we start playing football again,” Orgeron said.

With such an abnormal offseason almost behind them, Orgeron is focused on getting back to the LSU standard of performance and re-establishing the culture that was built during camp last season. Even Heisman Trophy winner Joe Burrow would tell you that the national title was won in August when he would stay behind with his receivers and put in extra reps in the unbearable Louisiana heat.

“Our culture, our standard of performance, the way we do things,” Orgeron said on what he’s most eager to work on when the team returns. “Everybody working together. All the things that have brought our program to the elite level, and we need to stay there.”

Orgeron mentioned the coaching staff has already evaluated every opponent off their 2020 schedule with game plans and the playbook all ready to go.

The OTB crew went on to ask Orgeron about projected starter at linebacker Damone Clark and if he was ready to mentally step in as the signal caller, the way Devin White and Jacob Phillips blossomed in 2018 and 2019.

“On Saturday morning, he’s in here watching film on his own,” Orgeron said of Clark. “That tells you a lot. He’s very smart. Now is his time, let’s see that he can do it. I do believe he can.”

With Clyde Edwards-Helaire gone, now a member of the Super Bowl Champion Kansas City Chiefs, Orgeron predicted that sophomore running back John Emery will fill his role on kickoff returns.

“We think he’s explosive, I think he’s going to do a great job back there,” he said. “I’m sure coach (Greg McMahon) is going to try Ja’Marr Chase, Trey Palmer and Jontre Kirklin back there.”

With LSU’s 2021 recruiting class ranked No. 4 in the nation overall, according to 247Sports rankings, a majority of the class has come from out-of-state prospects, but Orgeron feels the staff hasn’t even touched the surface.

“We feel good in the state of Louisiana,” Orgeron said. “And I do believe we are in the lead for most of these guys. We have a national brand right now. But we’re still looking at tight end, other receivers, another running back and offensive line is still big right now.”