Home > Other > Ed Orgeron not expecting Arden Key for opener 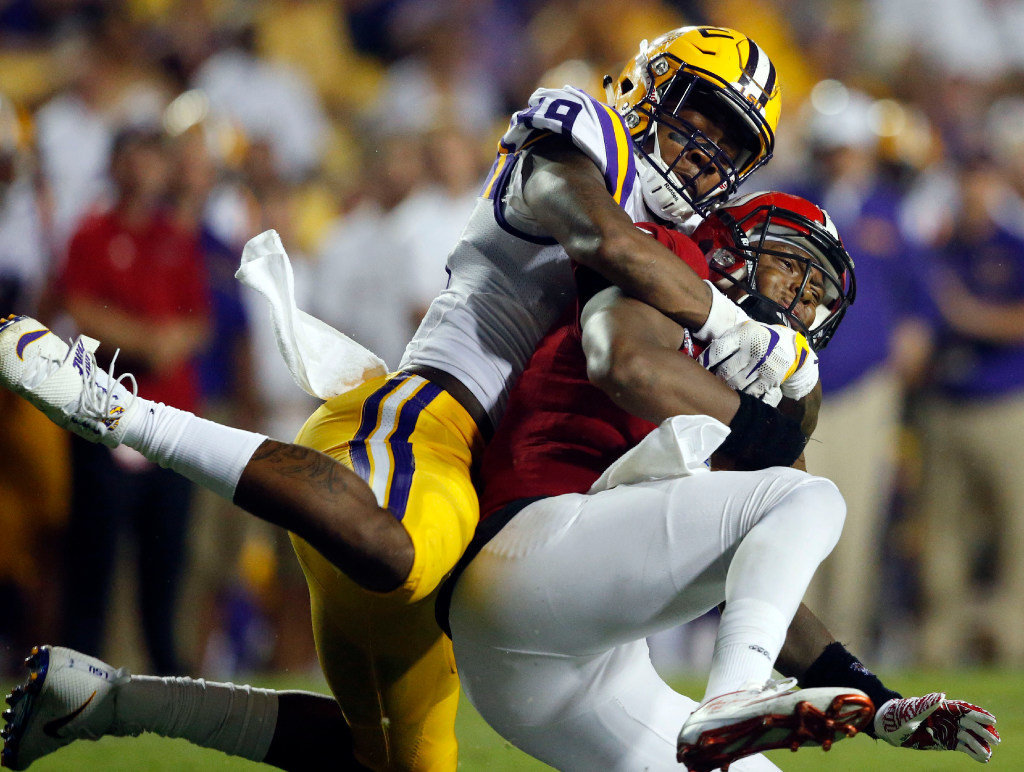 Some unexpected news came out of LSU’s post-practice presser. Ed Orgeron commented that Arden Key is unlikely to play in the season opener on Sept. 2.

Key, LSU’s top edge rusher and projected top five draft pick, took some “time away from football” this summer for a shoulder surgery, but is now back with the team and “ahead of schedule,” per Orgeron. Key’s status has been uncertain and unclear throughout the summer and he could be out for some early season games.

“I just don’t know when he’s going to be ready, what the doctors are going to say,” said Orgeron.

Arden Key has been practicing with the team, but not hitting. Key is projected to be a star in 2017 and has been named to both the Butkus and Walter Camp Award watch lists. More information on Key’s situation is expected to come soon.