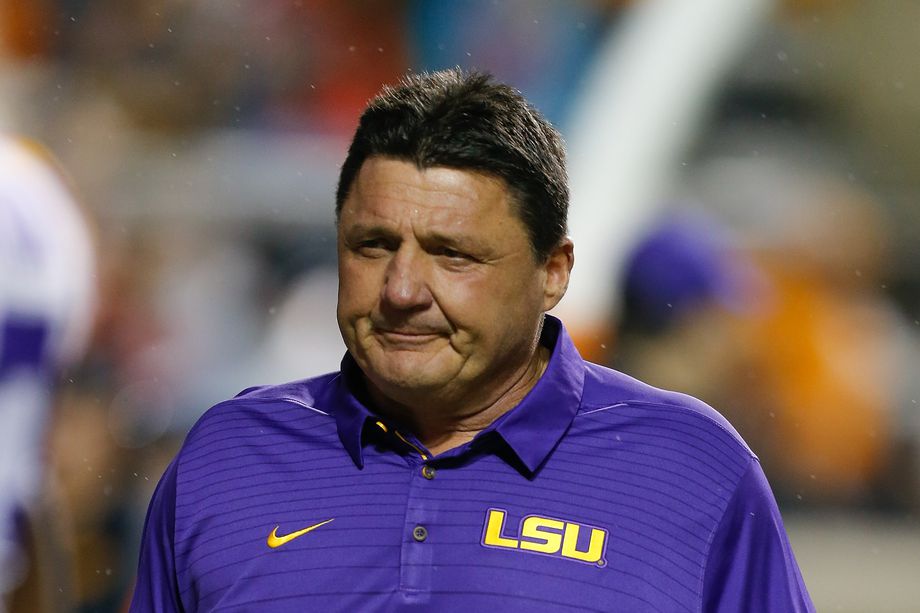 “I think the combination of Steve Ensminger and Joe Brady has been fantastic.”

“I don’t think there’s going to be a big drop off (from Burrow) when he gets in the game.”

“This is one of the best coaching staffs that I’ve ever been with. They’re hard working. Everybody’s in the office around 5:30 a.m. and they don’t leave until 10-11 at night in the spring.”

“We’re more spread, more RPOs. I think we’re looking as spread of an offense as we’ve ever had.”

“I’ll tell you who had a really good day was Apu Ika. Tyler Shelvin probably had his best day on Saturday.”

“He sprained his ankle. It was a non-contact injury. He’s going to be out for a little while.”

“He’s a mild-mannered kid off the field, but he’s got an edge to him on the field.”

Quote of the Day:

“I’m so fired up about our offense. I see the offense that I finally want.”

LSU moves to No. 1 in latest College Football Playoff rankings