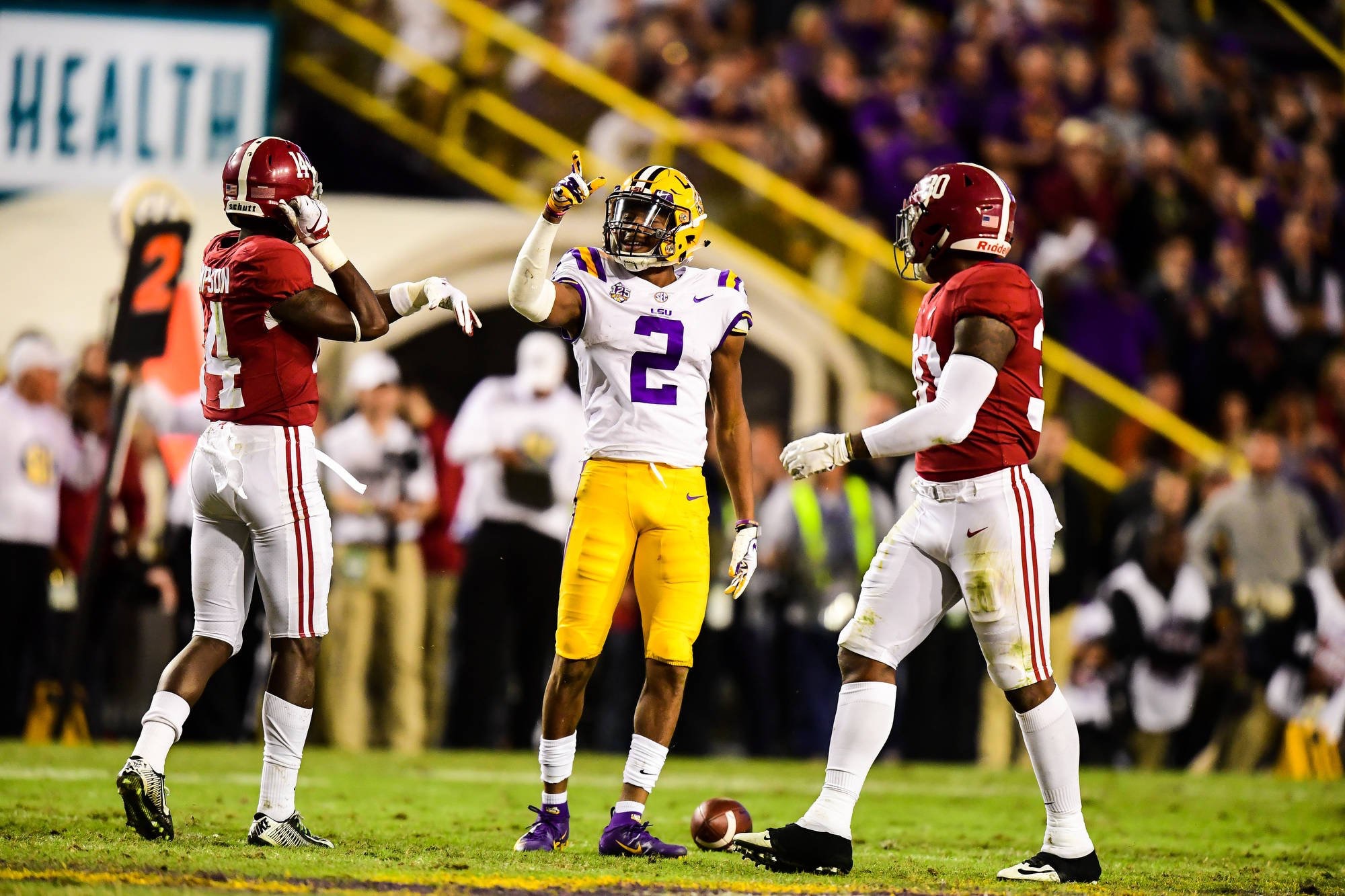 Ed Orgeron met with the media on Monday to discuss the disappointing loss to Alabama and preview Saturday’s road trip to Arkansas.

“After reviewing the film … Number one, coach better. It starts with me. Schemes could have been better.”

“I totally expect our team to bounce back and have an excellent week.”

“They told me [Grant Delpit] hit the defender with his shoulder pad. Overturned the call.”

“We broke down in protection. Sometimes we had max protection and they beat double teams.”

We have to learn how to run the football against [Alabama]. We had twelve yards rushing. That’s not going to win any football game.”

“Today is an important day. I have to be my best today. We have to let it go and press on to Arkansas.”

“Myles Brennan is ready to go every game. He’s been nursing a slight injury. I do want to put him in at the right time.” (Brennan could play in every game going forward and still use redshirt)

“We’re 7-2. We have the chance to have an excellent season. We’re going to use that as a motivational tool.”

“They have great players, so do we. Tua made some tremendous plays. They played better than we did. That’s the bottom line.”

“I thought Todd [Harris] played his best game. Patrick [Queen] made a lot of good plays. We’re proud of both of those boys.”

“I thought today was my biggest day coaching since I’ve been at LSU. I’m going to be very positive. We’re going to move forward. Plus, Kelly’s family is from Arkansas so we better win.”

LSU-Florida to be 7 p.m. kickoff on ESPN