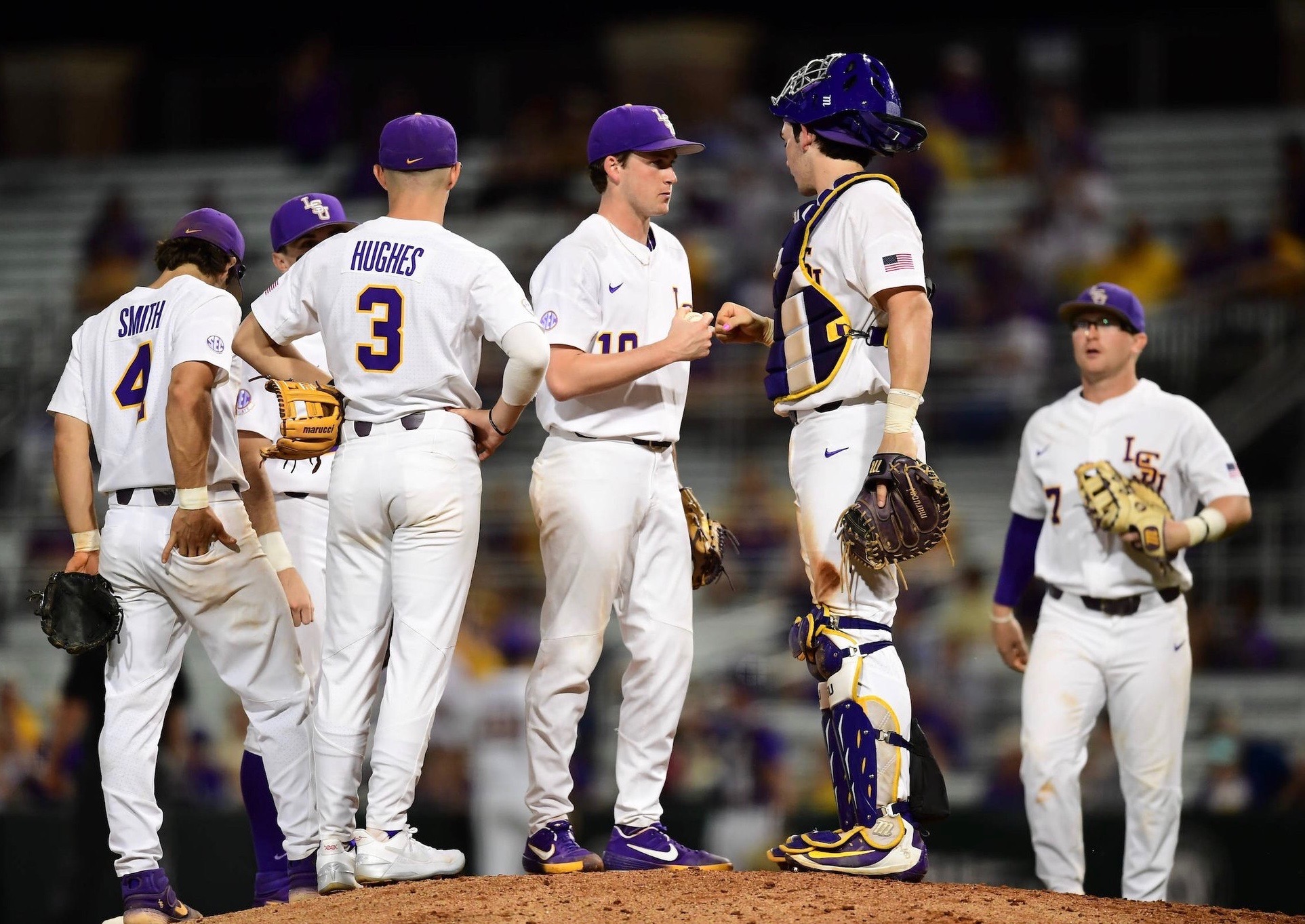 This was the most complete performance we’ve seen from this LSU baseball team in quite some time. Not only did Paul Mainieri get solid pitching from start to finish, but he also got a hot night at the plate.

Starting pitcher Eric Walker left the mound to a roaring standing ovation after going six innings, allowing just one run, two hits, while striking out five Auburn hitters. It was also a productive night at the plate for the Tigers, especially in the bottom of the third, where LSU hit five-straight two out singles to go ahead 4-1.

Next, the Tigers return to action vs. Auburn tomorrow for Game 2 at 7 p.m. CT on SEC Network+. Landon Marceaux will get the nod for LSU and Jack Owen will start for Auburn. A win tomorrow would be huge for LSU’s regional host chances.