Home > Other > Everything Ed Orgeron said at SEC Media Days 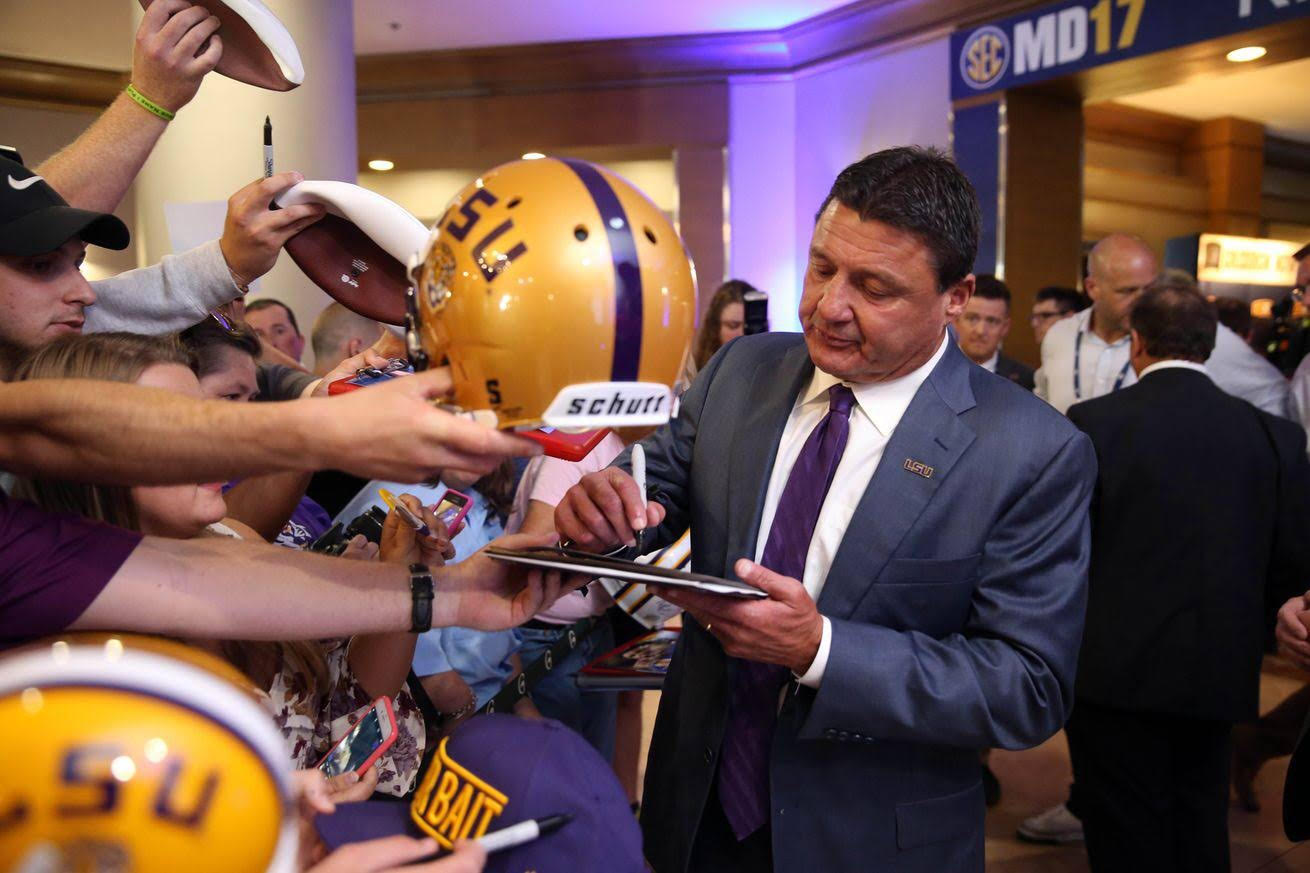 With fifty five days until the 2017 football season, Ed Orgeron and the LSU contingent were front and center today at SEC Media Days. The Tigers were represented by Derrius Guice, Christian LaCouture and D.J. Chark. Although a highly anticipated event, there was not much news to come out of the day, however, here are some key notes that Ed Orgeron and the players presented to the media on Monday:

Ed Orgeron started off by sending his thoughts and prayers to Congressmen Steve Scalise and his family. “We know he will fight like a Tiger,” commented Orgeron. The first year head coach then went on to talk about his football team and what he’s seen during spring practice. Coach Orgeron was very high on sophomore linemen Rashard Lawrence, noting that he has had a tremendous spring.

“I’m looking at Rashard Lawrence (to step up). I think he will be an excellent defensive end for us,” commented Orgeron.

Orgeron also expressed how pleased he was to have Matt Canada as his offensive coordinator. “He runs a very diverse offense. Lots of shifts, motions and use of personnels, he makes it difficult to defend, noted Oregon. He also shared that Canada told him when he arrived that he wanted every quarterback to have a chance to show their skill sets. The staff is still yet to evaluate Myles Brennan, but if there was a game today, Ed Orgeron said Danny Etling “would be our starter.”

And, finally, the elephant in the room was addressed, as well. The infamous question about beating Alabama. “They’re the benchmark. I understand that the head coach at LSU must beat Alabama, said Orgeron.”