Home > Basketball > Everything Will Wade said at Monday’s press conference 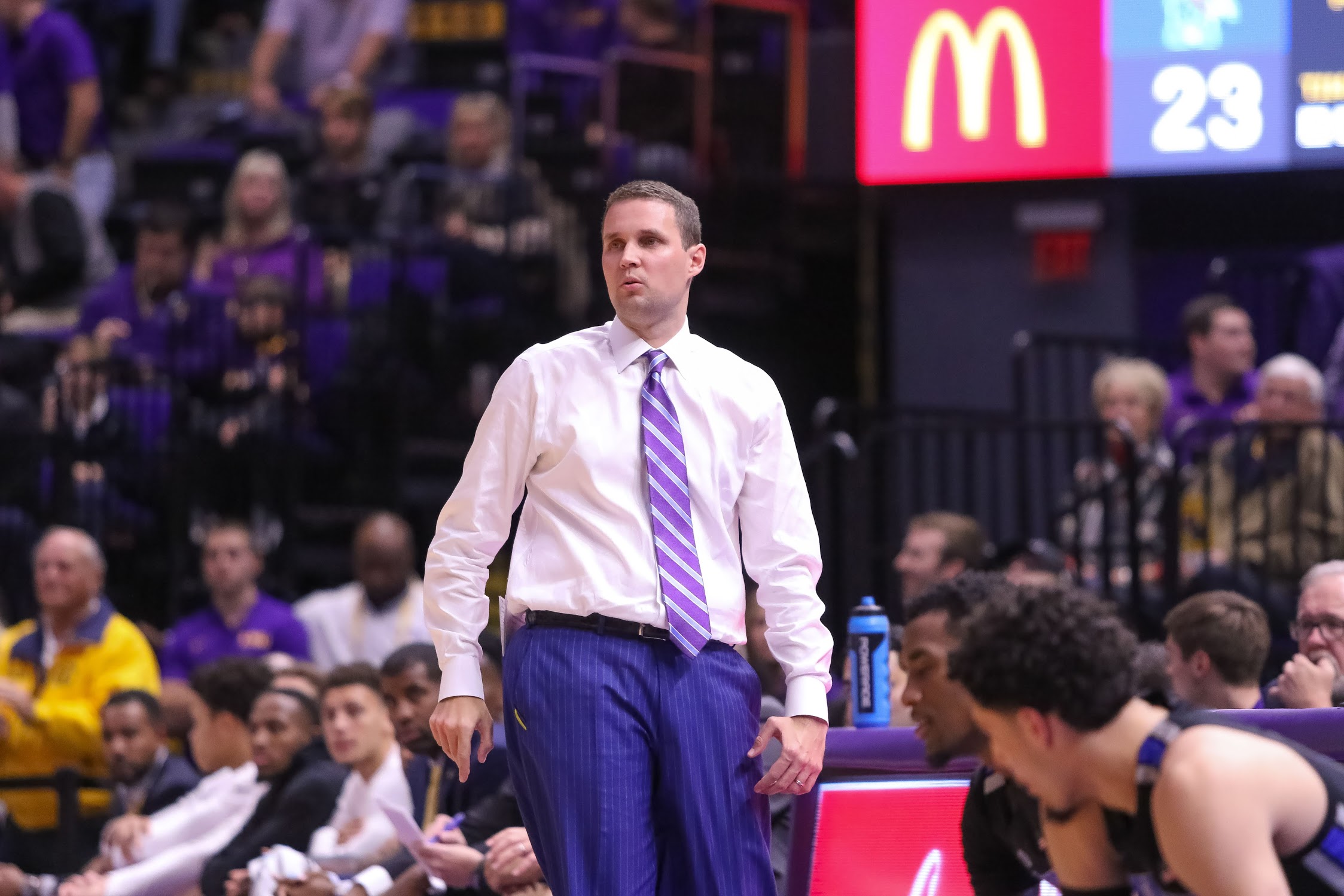 LSU head basketball coach Will Wade met with the media on Monday afternoon ahead of the Tigers’ SEC opener vs. Alabama Tuesday night.

“They’re an elite defense team because they can switch so well and put big bodies on you.”

“We’re going to need to do a good job keeping their off the glass, which has obviously been an area where we’ve been up and down this year, to put it nicely.”

“Last year, they took the ball out of Tremont’s hands. They committed two guys to him.”

“We spent a lot of time working on our transition defense, because I think that’s critical when you get into league [play].”

Wade on the importance of defending home court:

“We certainly have to win our home games. That’s the most important part. I thought Alabama did a great job of protecting their home court [vs. Kentucky].”

“Tremont’s gotten a much better feel for where he fits in and how all the pieces work together. I think that comfort level has allowed him to play better.”

“We’re going from the middle class to to wealthy. This is the real deal. We’ve got to step up our game as needed. This is why we all came here. To compete against the best. To late to cancel, it’s time to rock and roll.

“I think we’re better equipped to handle [league play] now then we were when we went to Orlando.”

LSU takes on Alabama tomorrow night at 8 p.m. CT on the SEC Network.