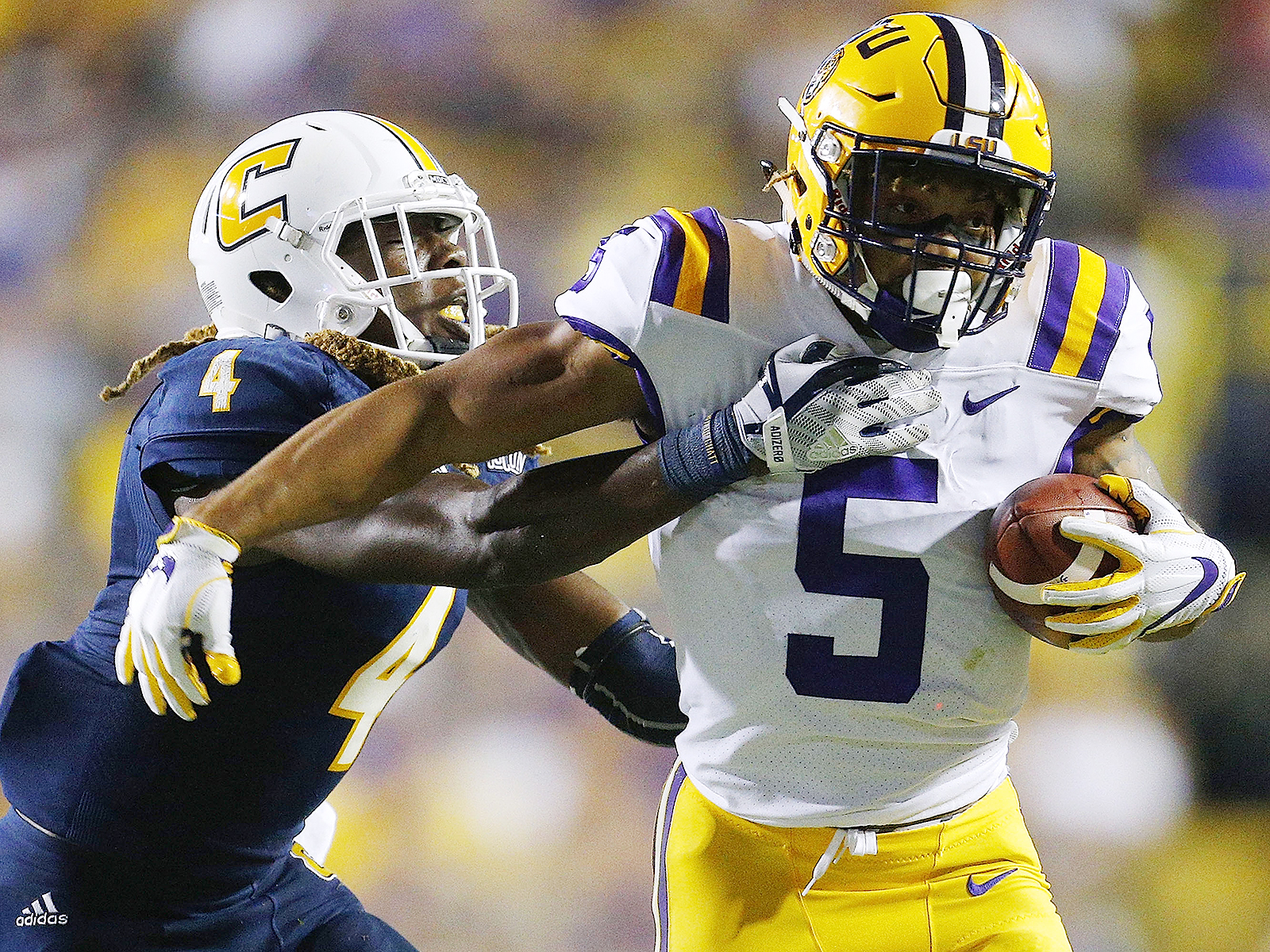 Whether it’s his ear to ear smile, lively interviews or on field dances, No. 5 is not only known for his football talents, but also for his strong character.

The Baton Rouge native grew up only minutes away from the flagship university, dreaming, hoping to get the chance to one day play in Tiger Stadium. No matter what level, Guice has always ran with a purpose. Ed Orgeron has been known to characterize his style of running as “angry,” but quite frankly, that’s the opposite of what he actually is.

Guice grew up in a part of Baton Rouge known as “The Bottom,” an area that has been highlighted by poverty and violence in recent memory. Guice had to deal with hardship at a young age, very suddenly losing his father at the age of five years old. It was at this moment he promised himself that he would be at LSU one day.

In his high school years, Guice was known as someone with rare determination. Attending Catholic High School, a predominantly white school in Baton Rouge, Guice made his mark quickly with the opportunity of a lifetime.

“The only time I thought I fit in was during football season,” Guice told ESPN.

With surrounding critics, Guice, however, learned to tune it out and stay focused, proving to all in Baton Rouge that on Friday nights he would have his name heard.

On February 4th, 2015, Derruis Guice signed to fulfill his childhood dream of playing at LSU. Now his attention turned to providing a better life for his family and the possibility of making football a profession. In 2016, Guice led the SEC in rushing yards (as a back-up), racking in a total of 1387 yards and 15 touchdowns. Entering 2017, he is thought to be a legitimate Heisman candidate and could end up as one of the greatest rushers in Louisiana State University history. Guice continues to be motivated on and off the field as he takes on Mississippi State tonight in Starkville.