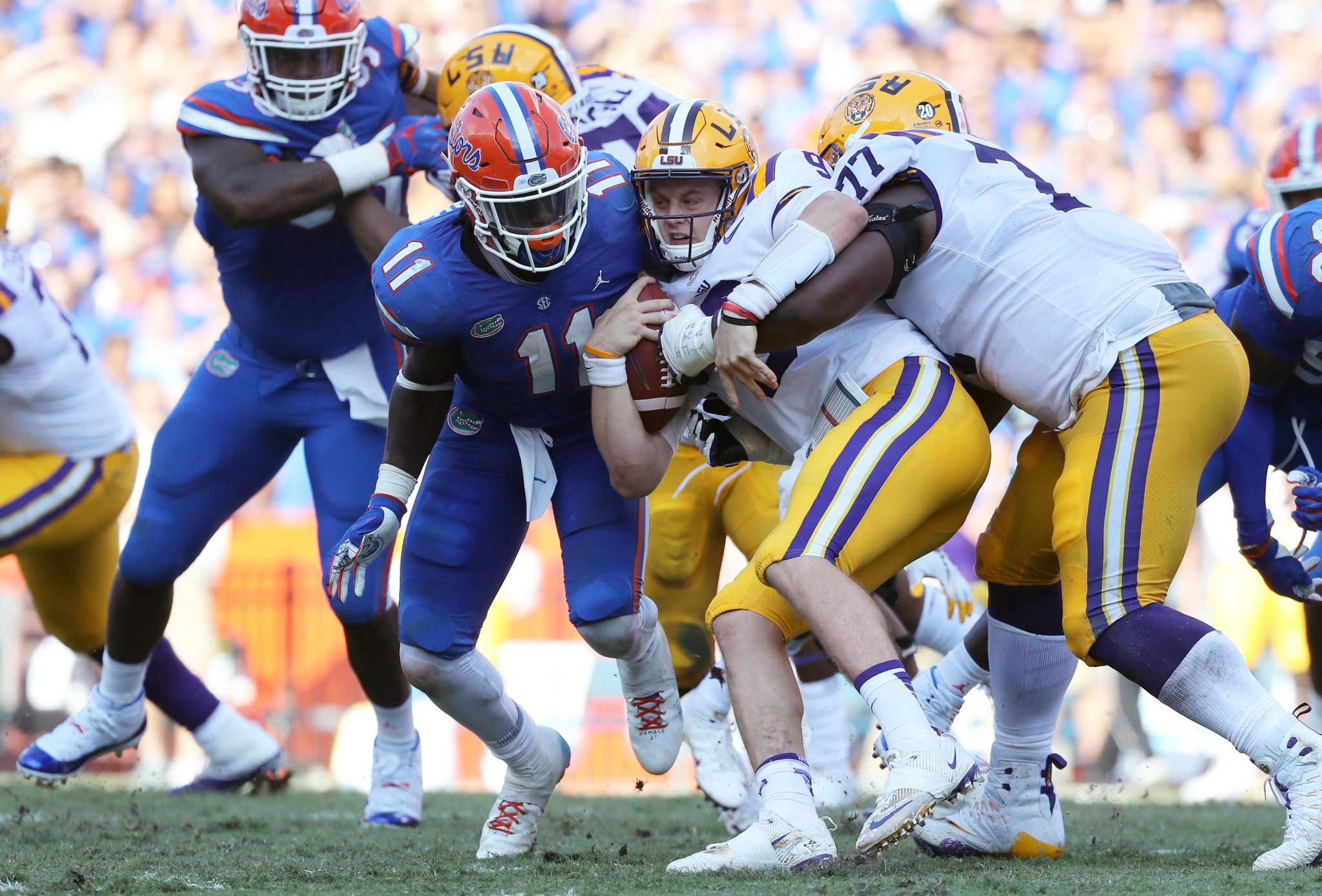 Joe Burrow’s first interception came at such an untimely moment.

With just under two minutes left, Burrow and the Tigers had a chance to squeak out another “W” on the road in another hostile environment. This time, Burrow threw an interception to Florida safety Brad Stewart to ultimately wrap it up in heartbreaking fashion.

The blame in this contest can not be placed on Burrow. LSU’s offensive line posted a poor performance and gave the Florida defensive line a potent pass rush for most of the game. Burrow was sacked five times.

“We couldn’t protect. We tried every single protection we had. It didn’t work. And when it did we didn’t catch the call,” said Orgeron postgame.

The wide receivers made no plays, dropped important passes and forced countless coverage sacks for the Gators defense to feast on LSU’s O-Line.

LSU’s defense was somewhat unlike themselves in the fourth quarter, as well. After the Tigers took a 19-14 lead on a Nick Brossette touchdown, the Tigers’ defense seemed to get too comfortable, letting the Gators go right down the field and score.

“We gave up too many explosive plays. That last drive they had was devastating,” said Orgeron.

LSU hosts No. 2 Georgia next Saturday in Tiger Stadium.

LSU jumps to No. 2 in latest AP Poll after another statement win