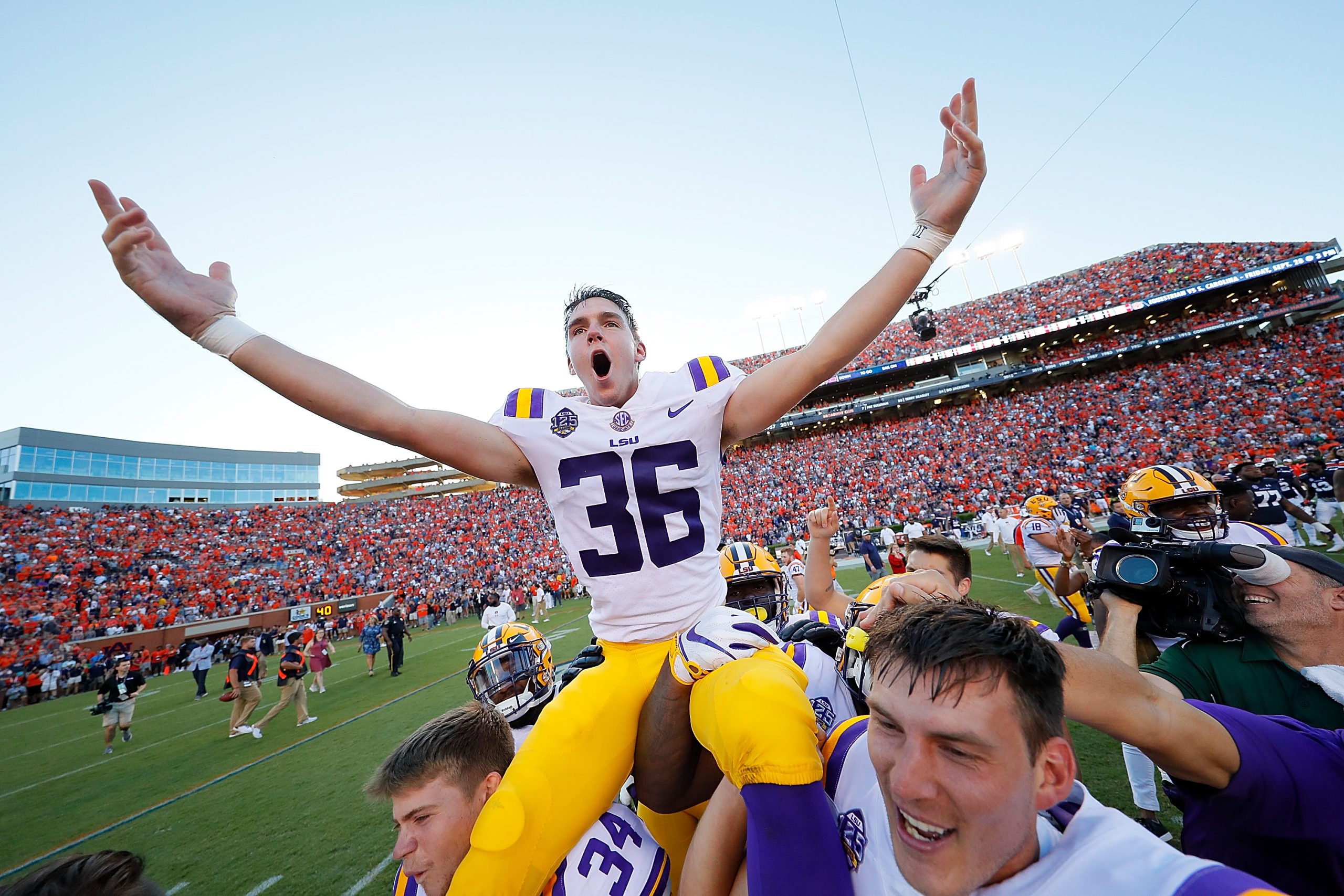 It’s LSU and Auburn. What else did you expect?

Ed Orgeron and the Tigers opened this game in near perfect fashion.

Entering a hostile environment on the Plains, safety Grant Delpitintercepted Jarrett Stidham on the second play of the game and Joe Burrow swiftly led the Tigers down the field for the touchdown. So, maybe this game was not going to be the nail bitter we’ve been used to? Don’t believe that for a second.

Auburn’s fast paced and up-tempo offense proceeded to stick 14 unanswered points on the Tigers, heading into halftime with the 14-10 lead and all the momentum. LSU’s offense after that first drive was mostly ineffective, resulting in a tired and fatigued defense that had no answer for Auburn’s running game.

An LSU punt and another Auburn touchdown to open the second half seemed like the tipping point at 21-10, as Jordan-Hare began to get louder and louder. It felt like this game was going to get blown open, but LSU’s defense kept them in it. Greedy Williams snatched his second interception of the season to stop the bleeding. The defensive line made a monumental stop in the red zone to hold Auburn to a field goal. At this point, it was 21-13, with LSU still in the game, but it felt like the deficit was much greater.

Then Broadway Joe made the biggest throw of his life. With eight minutes to go in the fourth, Joe Burrow completed a perfectly thrown ball to Derrick Dillon, who outran the Auburn secondary for the touchdown. A missed two point conversation now had the game at 21-19.

Another defensive stop and an Auburn three-and-out meant the (LSU) Tigers had a real chance to win this thing. First down after first down and a fourth down conversation had the Tigers already at midfield. A Burrow pass, leading to a pass interference call then put Ed Orgeron’s offense in field goal range. Oh baby, this could actually happen.

Cole Tracy, one of LSU’s most valuable players of the past two weeks, ran onto the field to a roaring Jordan-Hare Stadium crowd. The senior from Assumption College proceeded to calmly break the hearts of 82,000 fans and split the uprights to lift LSU over Auburn in stunning fashion. THAT JUST HAPPENED!

Tracy then found himself at the bottom of a dog pile. We like dog piles.

“We never gave up. We always thought we were going to win the football game,” said a jubilant Orgeron postgame.

1. Joe Burrow isn’t Joe Montana, but he’s a hell of an addition and upgrade to this football team. His completion percentage is somewhere around 50%, but the biggest stat of the season is zero turnovers. He’s one tough dude.

“That’s kind of how I’ve been my whole life. When the going gets tough, the tough get going,” said Burrow postgame.

2. The offensive line held their own against one of the premier defensive fronts in all of college football. And, LSU will hopefully get Adrian Magee back for Ole Miss, which would give the unit a much needed boost. Props to the O-Line.

3. The defense kept the Tigers in the game when it could have been blown open.