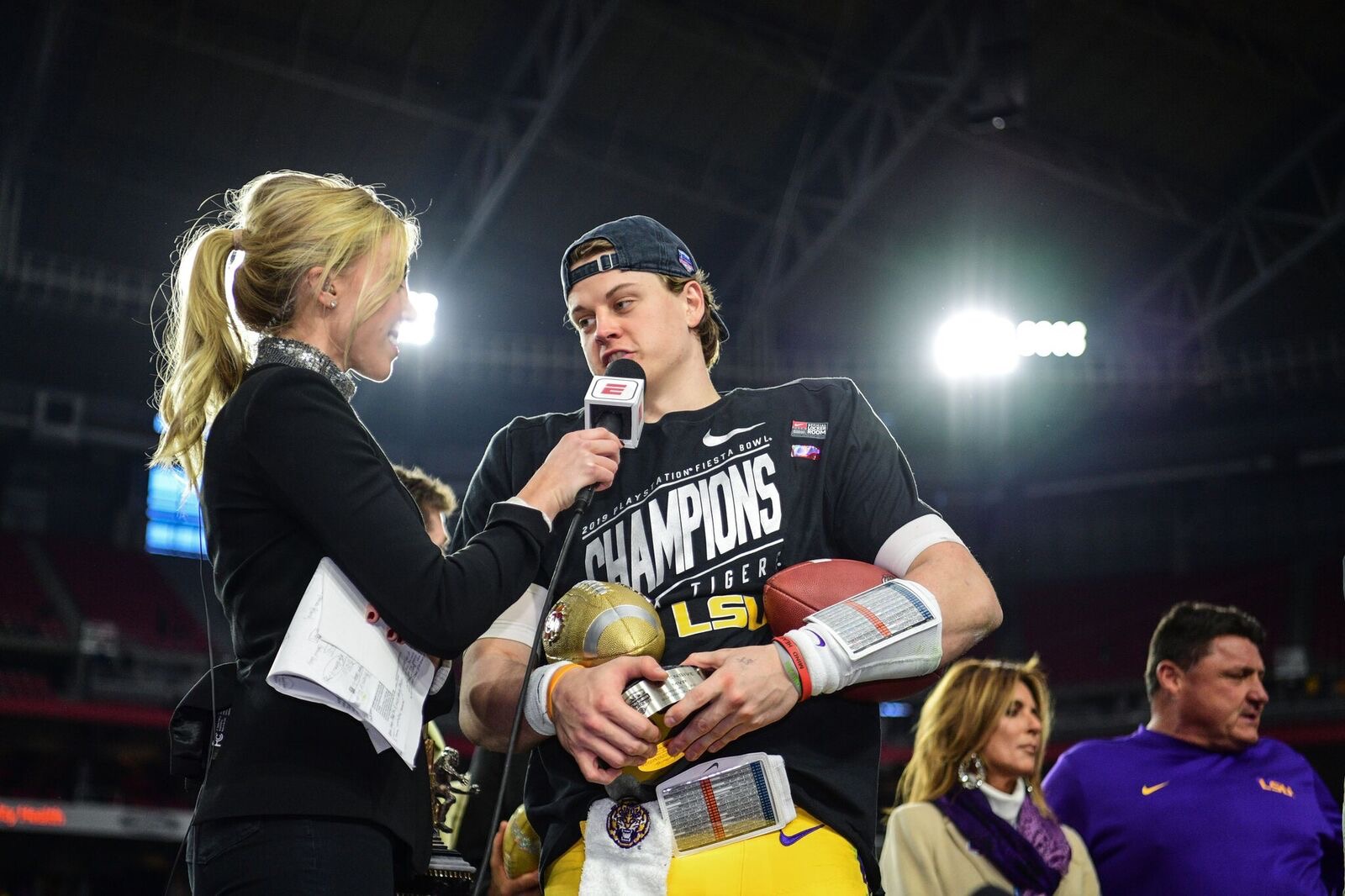 After consecutive undefeated seasons, UCF is unbeaten no more.

Ed Orgeron and the Tigers defeated No. 8 UCF to win the 2019 Fiesta Bowl.

With key starters out on both sides of the ball, it’s an understatement to say it didn’t get any easier for Dave Aranda’s defense. Cornerback Terrance Alexander was ejected in the first quarter for throwing a punch on UCF receiver Gabriel Davis. Then, as if it could get any worse, Grant Delpit was ejected in the second quarter for targeting, moving Todd Harris into the starting role.

At one point, the Tigers had four scholarship cornerbacks available, combining for six starts all season. This would mean Jontre Kirklin, former wide receiver, Mannie Netherly and Cam Lewis would have to fill in for the Tigers’ secondary.

Even with this, the defense held their own and then some. Aranda’s defense held the Knights to 250 yards of total offense and no one played better than Rashard Lawrence, who recorded 5 tackles and 2 sacks. Lawrence was named Defensive Player of the Game.

On offense, Joe Burrow played the game of his life. After nearly getting his head taken off by a blindside hit, he bounced back to throw for 394 yards and 4 touchdowns. “He’s exactly what we feel an LSU QB should be,” said Orgeron.

Nick Brossette also become the 13th player in school history to rush for 1,000 or more yards in a season. Pretty incredible story for someone who waited his turn behind Fournette and Guice and flourished in his senior season.

LSU finishes the season 10-3 for the first time since 2013. Fiesta Bowl Champs.

Devin White: I don't think UCF could play in SEC

Football and No. 8 UCF square off in Fiesta Bowl