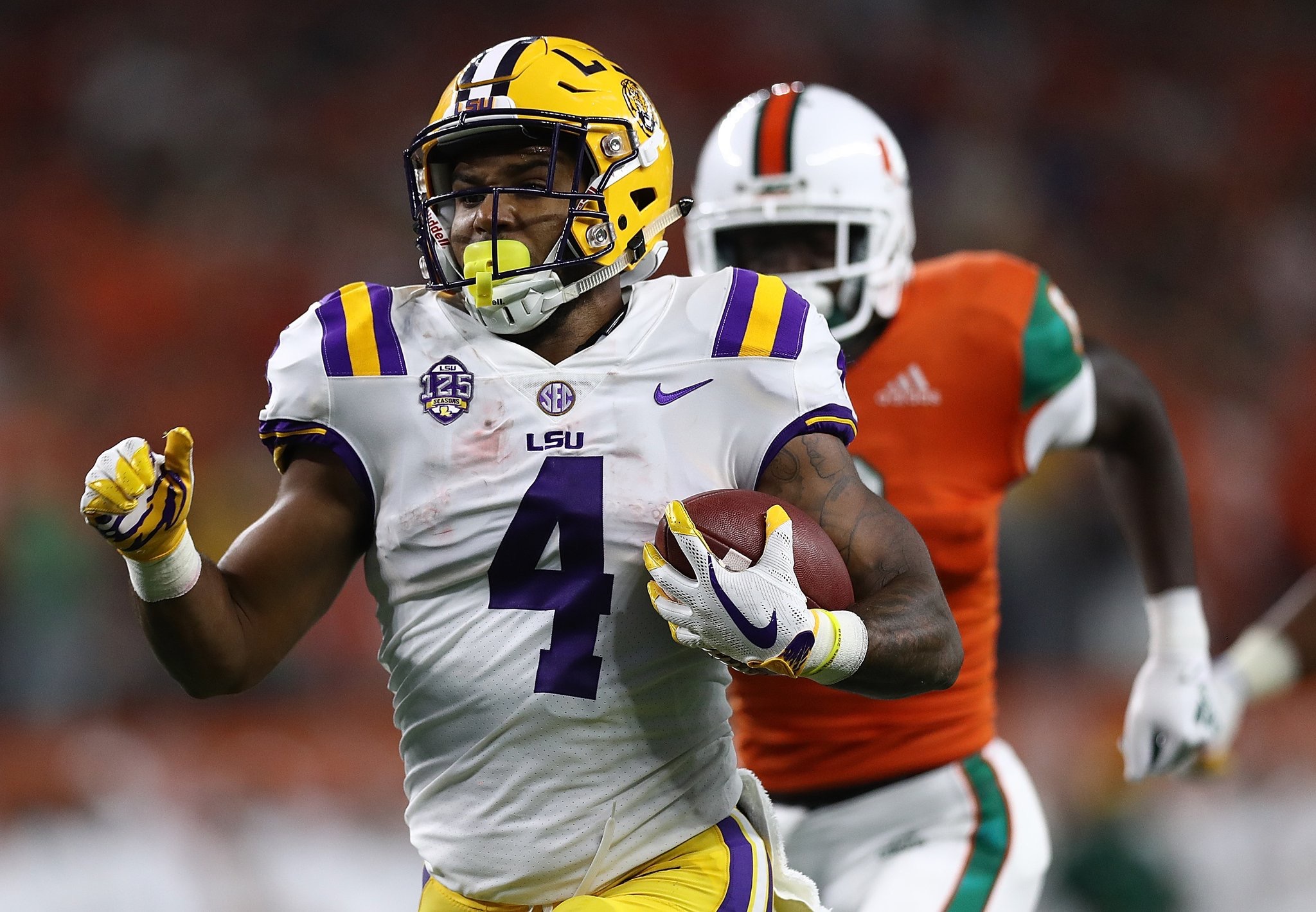 Don’t look now, but we may have a quarterback.

Ed Orgeron and the Tigers made a major statement at AT&T Stadium, claiming the 33-17 win over Miami to start the season 1-0. With lots of uncertainty entering this game at the running back position, senior Nick Brossette posted a solid performance with 22 carries, 125 rushing yards and 2 touchdowns.

Weirdly enough, it wasn’t Brossette or Edwards-Helaire that started this game. Lanard Fournette and freshman Chris Curry took the first snaps, two guys who we haven’t heard from much this summer and are low on the depth chart.

Burrow’s stats may not seem like anything special, but there were three or four critical drops from the receivers. For someone who’s only been on campus for two months, the Ohio State transfer seemed comfortable and was able to audible at the line, something very few LSU QBs have had the chance to do. The biggest stat for Burrow is no turnovers. Miami’s notorious “turnover chain” did not make an appearance last night, rather it stayed back in Coral Gables.

K’Lavon Chaisson left the game in the fourth quarter with a non-contact knee injury. Many are holding their breath that it’s not an ACL injury. Chaisson, a sophomore, is the top edge rusher and a key player on the defensive line.

Adrian Magee left the game with a leg injury that seemed severe. LSU’s offensive line still has a lot of work to do as the depth gets more and more thin.

Best of all, and probably the most underrated stat of the night, was in the special teams department. LSU finally has a kicker and it’s okay to be irrationally excited about that. Cole Tracy tied the school record by nailing a 54-yard field goal and was perfect on his other three attempts. On the kickoffs, Avery Atkins booted nearly every kickoff to the back of the end zone.

Play of the Game:

Jacob Phillips’ pick six was undoubtedly the biggest play of last night’s contest. Putting the Tigers up 27-3, this play blew the doors open on the game and was the difference between a ballgame and a blowout.

LSU takes on Southeastern Louisiana next Saturday at 6:30 in Tiger Stadium. The game will be televised on ESPN2. Updates are to come so keep it here.

Edge rusher K'Lavon Chaisson out for the season