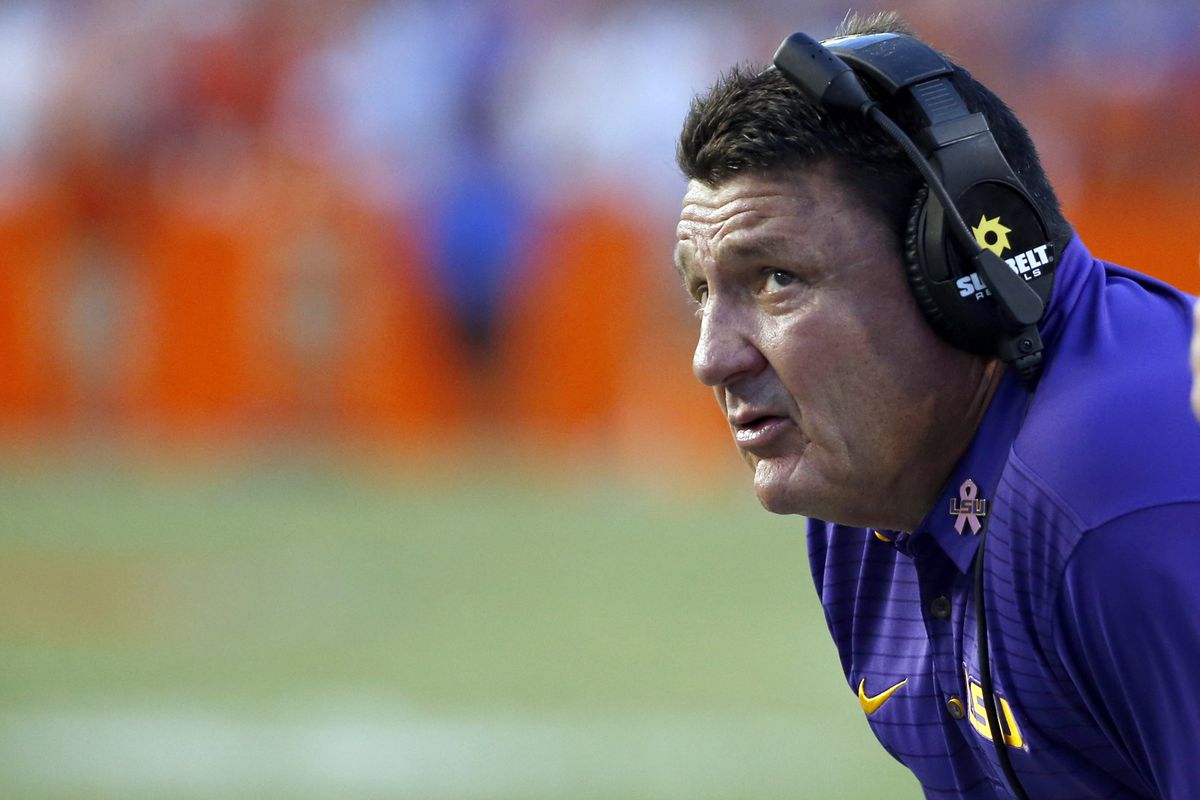 You can bet on how many wins Ed Orgeron and the Tigers will tally this season. That over/under win total is seven, a number many in Baton Rouge (La.) will be unhappy with come January. But, against all odds, here come the Tigers, hungry, with a chip on their shoulder.

For many writers, it’s not the talent that’s lacking. It’s not who left to the NFL Draft, and it’s not the coaching staff: it’s the (brutal) schedule. The Tigers enter the 2018-2019 football season with the No. 1 rated strength of schedule (SOS).

Beginning with Miami in Dallas (Tx.), LSU not only has to play their usual opponents of Alabama, Auburn, Florida and others, but decided to add the SEC Champion Georgia Bulldogs into the mix. Other than the three usual “cupcake” games, I don’t think there’s a single game where an LSU fan can sit back, look at the schedule and say “we’ve got that one the bag.”

Orgeron was able to land grad-transfer Joe Burrow last month, which will provide some experience to help lead this ship through uncharted waters. The defense returns two stars in Devin White and Greedy Williams. The offense will have the most skilled wide receiving core since Odell Beckham Jr. and Jarvis Landry. But, there is some uncertainty at the running back position.

With Clyde Edwards-Helaire and Nick Brossette, the two backs must carry the torch of success this position has brought to Baton Rouge in the last decade and beyond. It could certainly be the key to LSU’s success on the field.

With many projecting just 6 or 7 wins this season, it’s up to Orgeron and the players to prove everyone wrong. The Tigers are as talented as anyone, but the brutal schedule will prove to be the truth teller in LSU’s 2018-2019 season.

It will be a battle, for sure, but this team has what it takes to win.