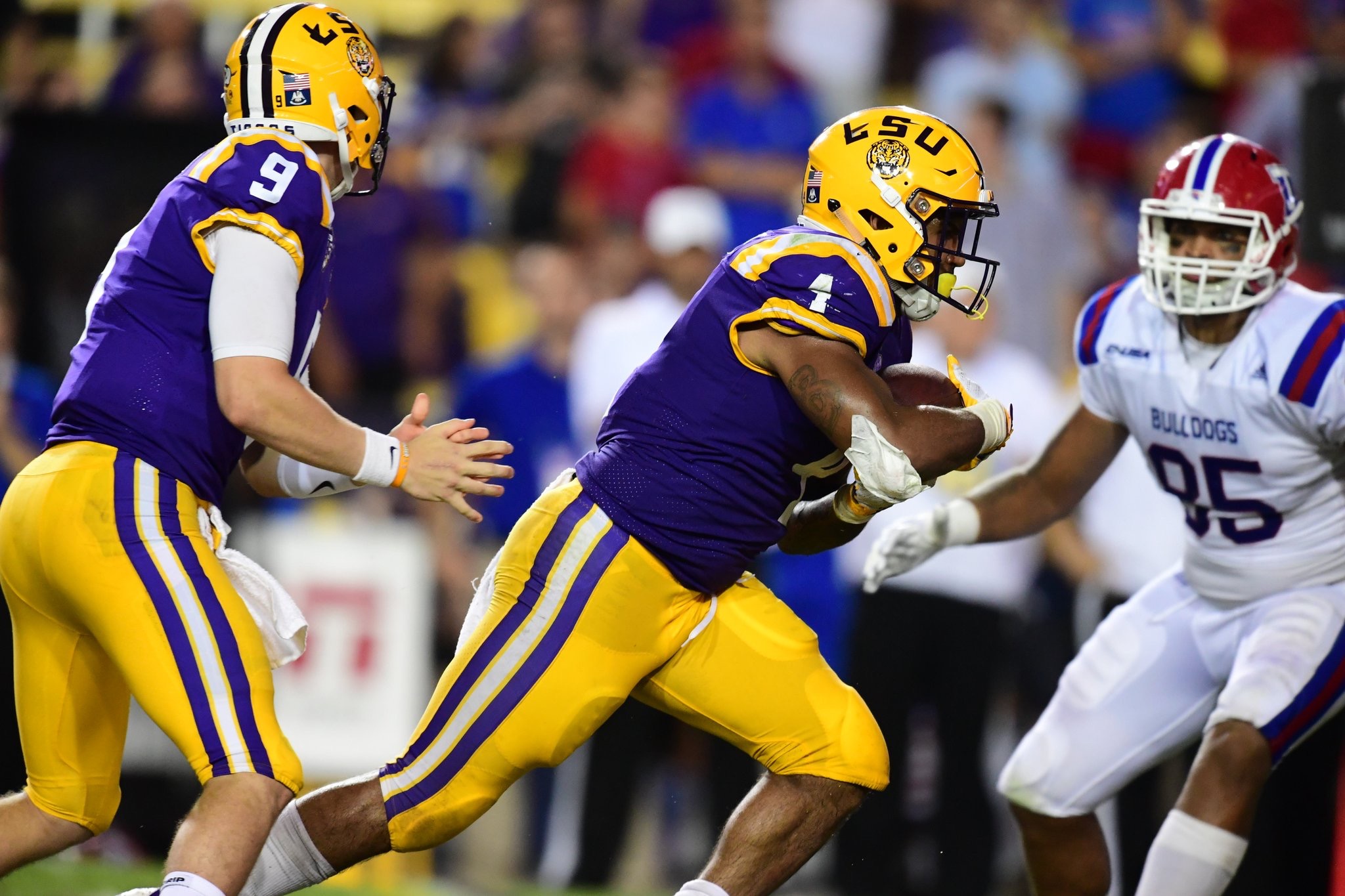 Let’s face it, we all knew a let down was coming.

After such an emotional win against Auburn last weekend, we all expected the Tigers to overlook in-state rival Louisiana Tech. After starting fast and jumping out to a 24-0 lead, Ed Orgeron’s squad didn’t even make it out of the locker room for the second half. Well, players in purple uniforms ran out of the tunnel, but judging by the performance, it must have been the scout team.

Louisiana Tech scored 21 unanswered points to make it a 24-21 game.

With most of the stadium empty, an uninspired LSU team had to figure out a way to put a fired up Louisiana Tech team away late. Give credit where credit is due, because, well, they did, with two touchdowns late in the fourth quarter to end the game.

“We could have put them away, but we didn’t. They kept on fighting,” said Orgeron after tonight’s postgame presser.

On a brighter note, running back Clyde Edwards-Helaire had a breakout night with 26 carries, 136 yards and 2 touchdowns. Nick Brossette ran for 3 touchdowns himself on 23 carries.

Regardless, this performance was somewhat expected so that’s a reason to not freak out. It happens. Oklahoma almost lost to Army in overtime. The Tigers improve to 4-0 and will face Ole Miss next week in Tiger Stadium.