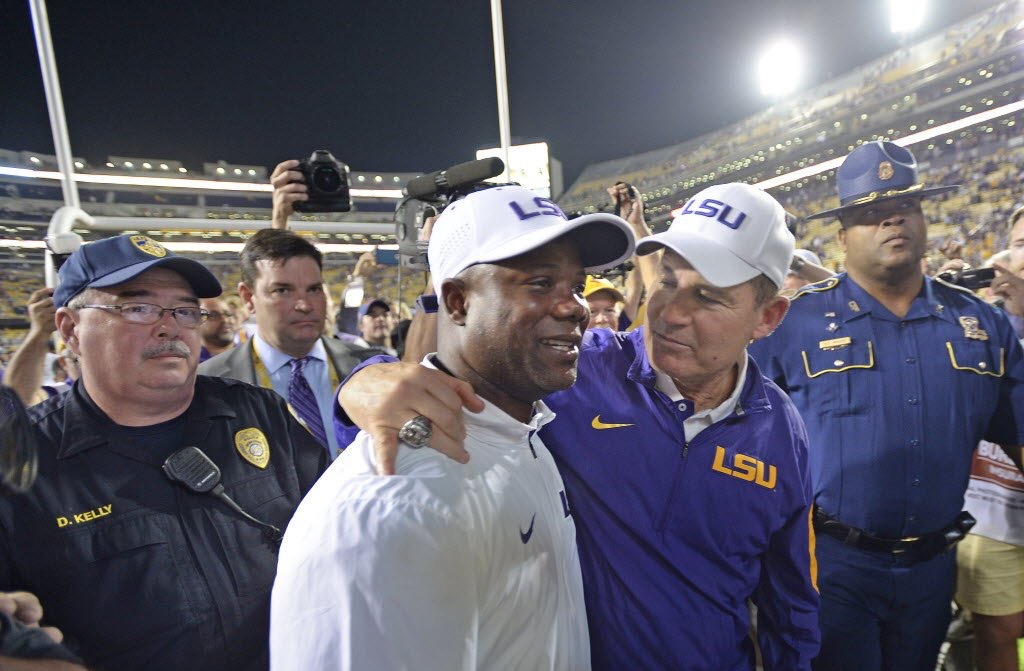 LSU’s well known RB Coach Frank Wilson, who has become a household name in Baton Rouge, will be the next head coach of The University of Texas-San Antonio. This has always been a dream of Frank’s and he will finally be able to fufill it. As for the Tigers, they lost an incredible recruiter, and an even better person. For more:

Obviously, Frank Wilson has become one of the best RB coaches in the country, recruiting players like Leonard Fournette, Jeremy Hill, Spencer Ware, Alfred Blue and others.

UTSA will offically announce Wilson as their head coach in a press conference at 6:00pm Friday.

– Wilson spent the last six season at LSU and has been known as one of the nations most premier recruiters.

– Rivals.com regarded him as “National Recruiter of the Year” in 2011.

“It stands to reason that with the success that we’ve had here at LSU, our coaches are going to get these type of opportunities.”

“Frank has been a big part of what we’ve accomplished at LSU both on and off the field.”

“He’s ready to be a head coach. He’s worked long and hard for this opportunity and I couldn’t be happier for Frank and his family.”

“He’s going to do a great job at Texas-San Antonio. We are going to miss him.” LSU has a a very important recruiting weekend as they will be hosting many top targets and commits on campus for offical visits.

Uncommitted targets that will be on campus:

Committed Players that will be on campus: