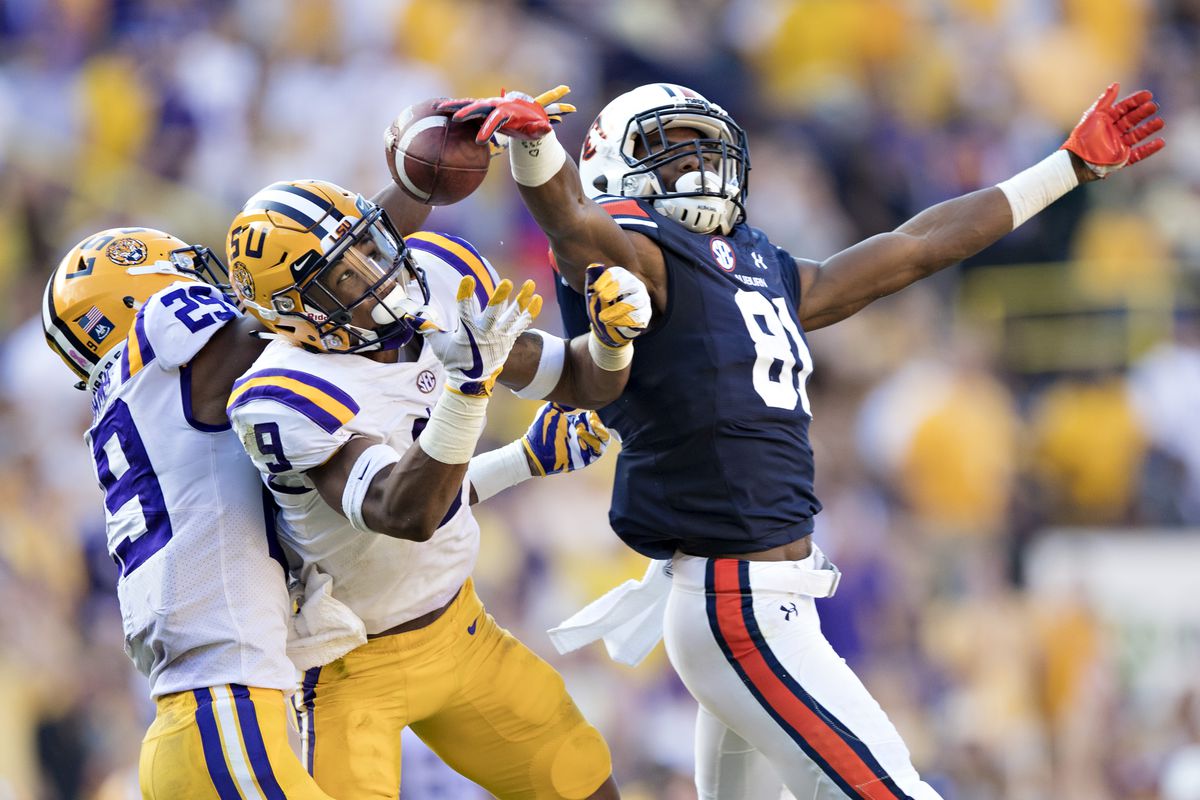 Freshman saftey Grant Delpit has the intangibles to become the next big thing in LSU’s secondary … if he isn’t already.

Starting all 13 games in his first season in Baton Rouge, Delpit recorded 60 total tackles this year with an interception on the road at Ole Miss. Which of the former LSU greats in this long-storied fraternity of defensive backs does Grant Delpit remind you of?

You have to say, Jamal Adams.

Delpit brings a certain swagger to the LSU defense that is reminiscent of his predecessor Adams. His ability to play like a veteran, read offenses and make adjustments are similar technical qualities that the two possess between one another.

Both Adams and Delpit came out of high school as highly touted 4-star prospects not from the state of Louisiana. Adams brought a new culture to the team as a standout vocal leader, and Grant Delpit has already assumed some of those qualities during his freshman year.

Similar to Adams, many expect Delpit to make a huge jump in year-two. With Greedy Williams by his side, the future is certainly bright for Corey Raymond and LSU’s secondary. For more on LSU football, make sure to follow us on Twitter @InsideLSU/@HValentineLSU. LSU to host UL-Lafayette in NIT opening round