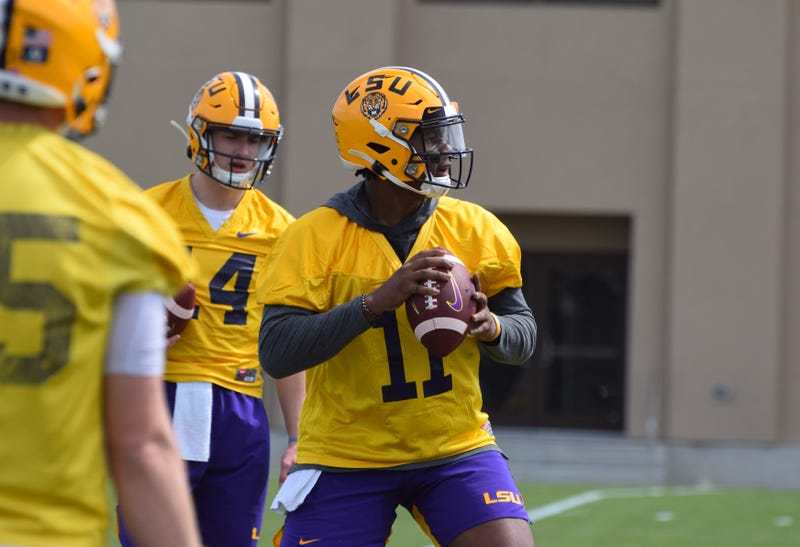 Finley nudged out another freshman Max Johnson, a former four-star prospect out of Watkinsville, Georgia. Orgeron said the decision came down to a “flip of a coin,” and that Finley made a couple more plays in practice this week.

“He took it like a man,” Orgeron said on Johnson’s reaction to not getting the nod. “He was fine. I wish I could start both of them. It was a hard decision, I could’ve started either one of them.”

Finley is set to be the first true freshman quarterback to start his first game in Tiger Stadium since Herb Tyler in 1995.

Ed Orgeron on the decision to start TJ Finley over Max Johnson on Saturday:

“It could’ve been the flip of a coin, honestly. That’s how close it was.” #LSU pic.twitter.com/cTXTzOfwzS