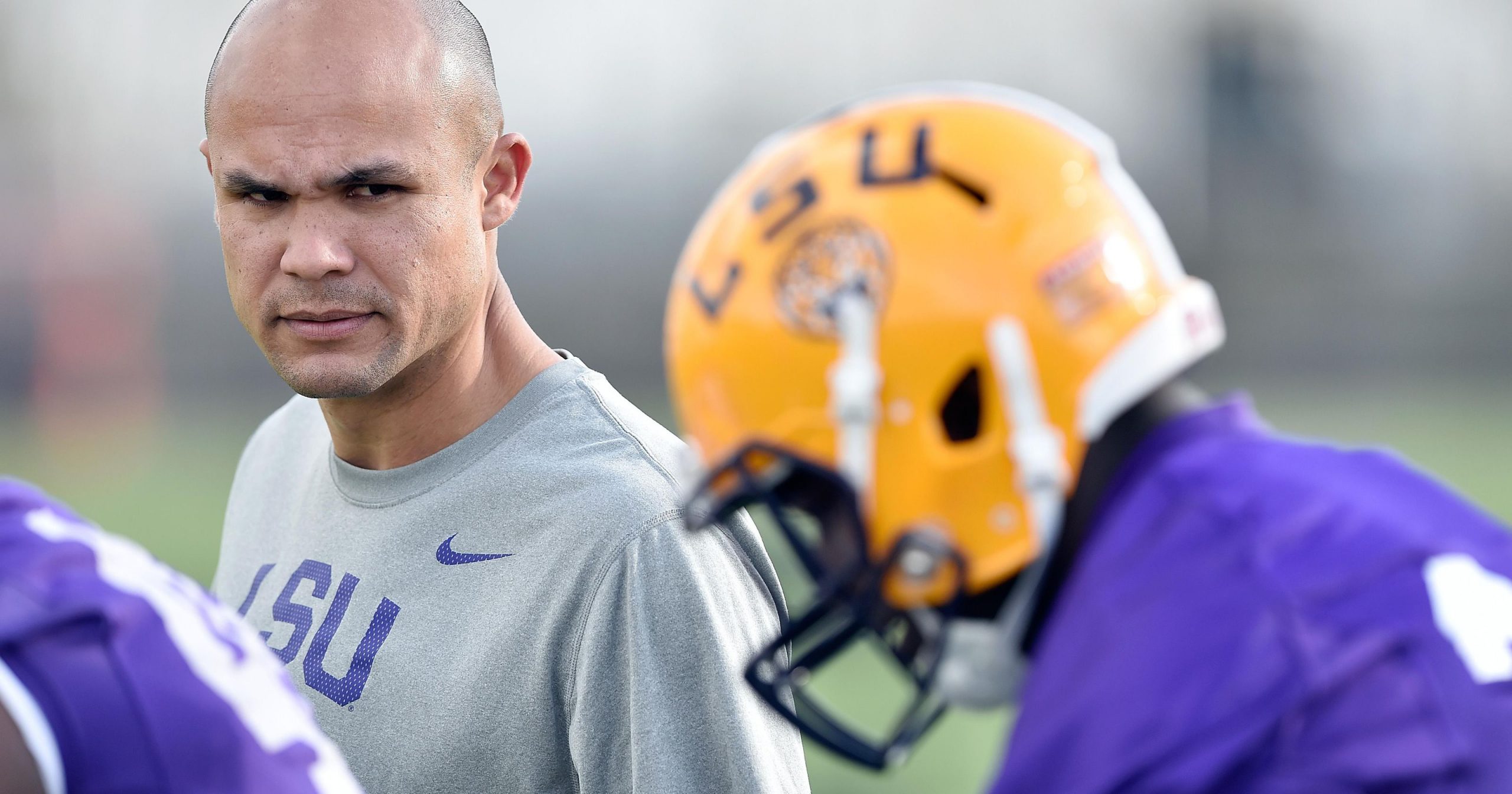 The defensive coordinator role at LSU has always been special. It’s a position that is highly coveted and many wear as a badge of honor. With their elite secondary and talented linemen year in and year out, it makes for a coaches dream job.

Since the departure of the legendary “chief” John Chavis to Texas A&M, the Tigers have now had their third defensive coordinator in three years. This season they proudly have one of the nation’s most prominent in Dave Aranda. On September 3rd, Aranda will face-off against his former Wisconsin Badger team at Lambeau Field for the season opener. Aranda loves the game, through endless studying and learning he remains one of the smartest coaches in college football. READ:

– Aranda’s defense only allowed an average of 289.4 yards per game – (ranked first in the nation over that span.)

– His defense allowed an average of 16.9 points – which ranks No. 2 nationally.

Aranda on LSU coaching staff: “It’s been great. I’ve learned a lot from them, a lot of knowledge in each of those guys. They are all great people with great hearts.”

Aranda on playing Wisconsin in opener: “It’s going to be a challenge. I’m looking forward to it. I know our team here will be motivated for that game, we’ll be prepared for it. What a way to kick it off.”

Aranda on being at LSU: “I like the people here. I have great respect in life for Coach Miles, how he handles the staff and treats you as a person. I enjoy working for him, being here doing football with the coaches. LSU earns No. 6 ranking to start the season