Home > Other > Get To Know The Opponent: Miami Hurricanes 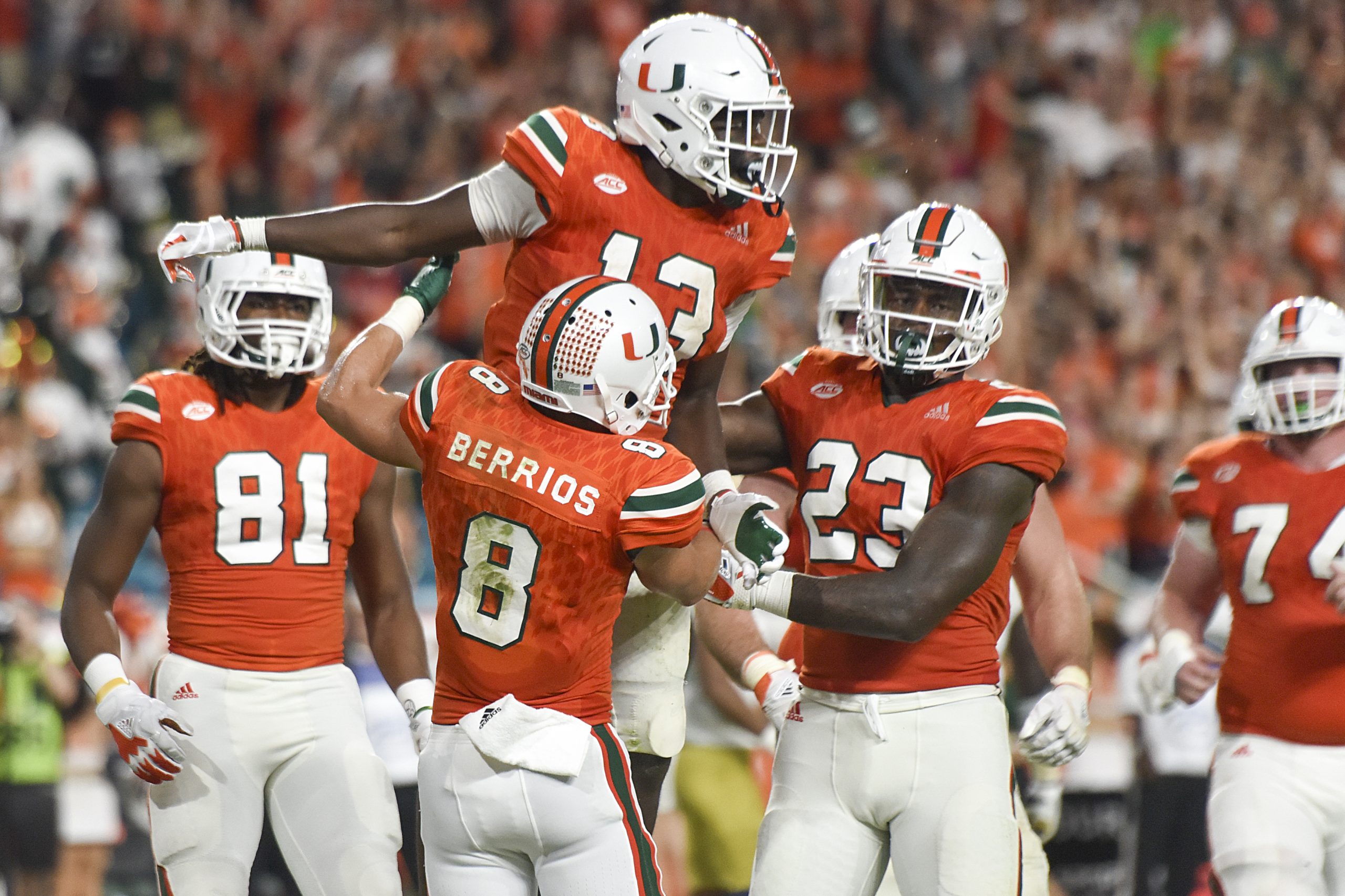 Get To Know The Opponent: Miami Hurricanes

Spring practice has concluded and we’re only 123 days away from LSU/Miami in Dallas to kick-off the 2018 College Football season. So to kill time … let’s get to know the Tigers’ Week 1 opponent: The U.

The Tigers strength of schedule is rated 5th in the nation for a reason. While many will begin their seasons with FCS teams or the so called “cupcake” opponent, LSU will face the ACC Coastal Division Champions, otherwise known as the University of Miami.

The Hurricanes are led by 3rd year head coach Mark Richt, a familiar face for schools in the Southeastern Conference. In 2017, Miami went 10-3, winning the Coastal division; however, falling in the Orange Bowl to Wisconsin. During their impressive 10-3 season, Miami averaged 29.1 points per game (59th out of 130).

The U was led on offense by quarterback Malik Rosier, who threw for 3120 yards and 26 touchdowns. When rushing the football, the Hurricanes depended on Travis Homer, who rushed for 966 yards and 8 touchdowns. The offense was a threat, but The U finally had their old-school swagger back on defense. Turnover Chain time.

On defense, Jaquan Johnson recorded 52 solo tackles, 4 interceptions and 3 forced fumbles. It was all about the turnovers. Shaquille Quarterman was another key guy, notching 83 total tackles. It was defense that brought Miami fans back to the good ol’ days.