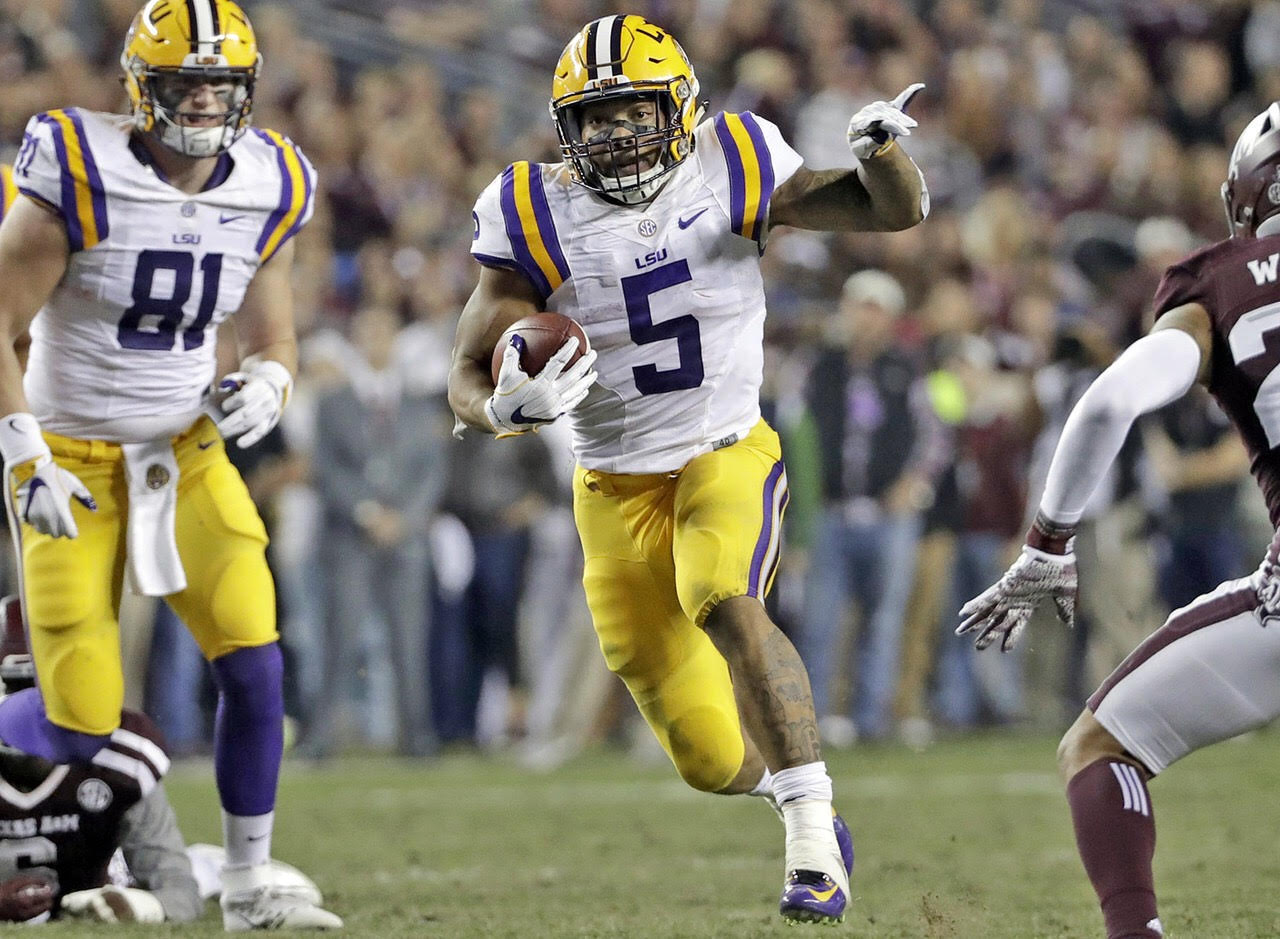 LSU will arguably have the nations most versatile players on both sides of the football in 2017, and the two have already received some preseason recognition.

Derrius Guice and Arden Key have been named first team All-SEC selections, voted by the media. Key is projected to be a top five draft pick in the 2018 NFL Draft, however, is recovering from an offseason shoulder surgery. Ed Orgeron said at SEC Media Days that he believes that Key can surpass Myles Garrett’s talent level.

“He can be (as good), no question,” said Orgeron in Hoover, Ala.

As for Guice, the Baton Rouge native will be LSU’s clear-cut leader, especially with the departure of Leonard Fournette. Guice rushed for 1387 yards and 15 TDs in 2016, and should make a realistic run at the Heisman Trophy in 2017.