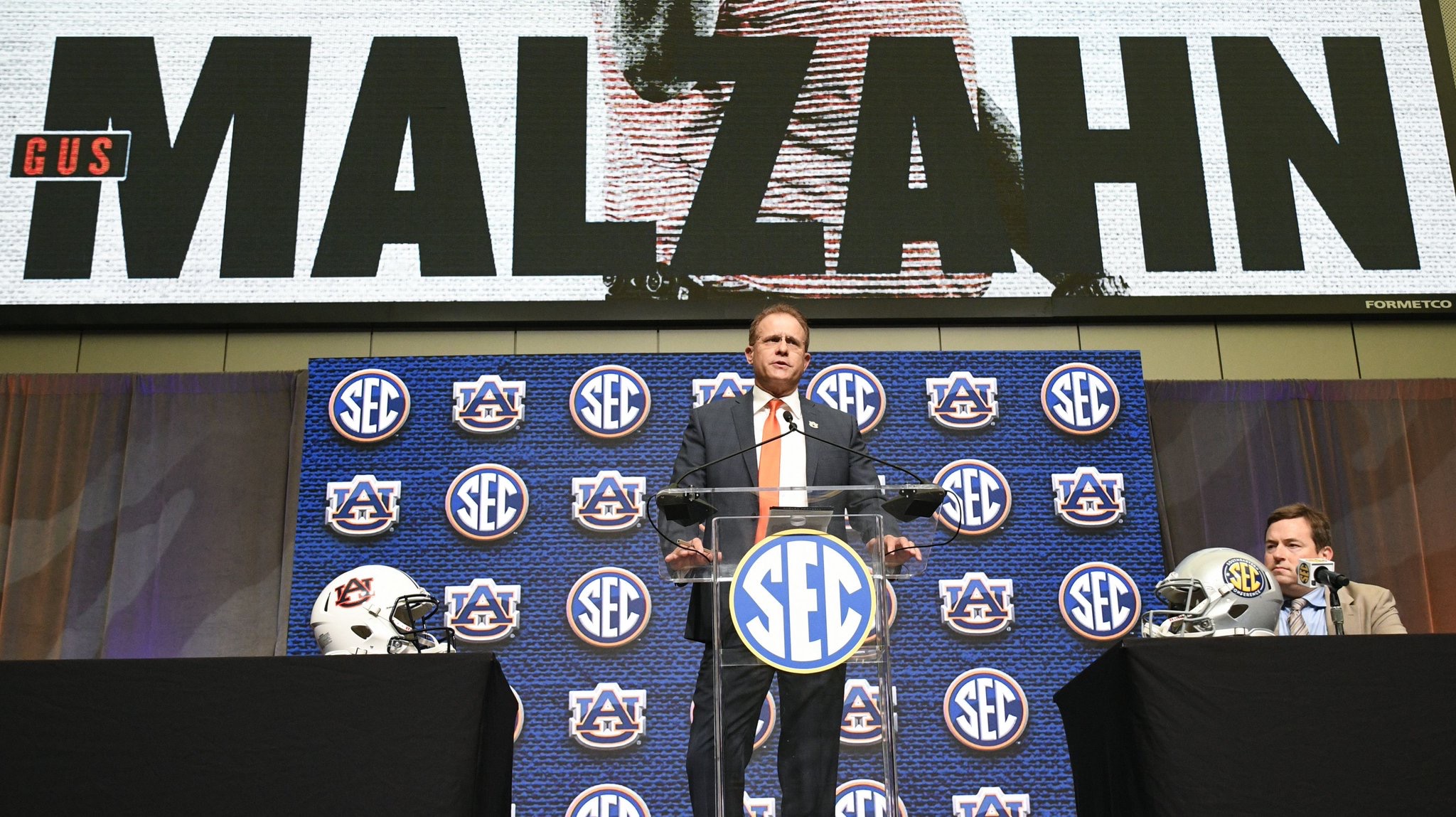 ATLANTA — The final day of SEC Media Days felt a little different than the rest.

No palpable buzz surrounding Ed Orgeron, Nick Saban or Kirby Smart today in Atlanta; rather the headlines surrounded the defending SEC West champion Auburn Tigers. Gus Malzahn enters his sixth season as head coach and is coming off a season of incredible highs and lows, but he knows that ‘close isn’t good enough’ for their fans with the roster they have.

After their embarrassing defeat to the unofficial “national champions” Central Florida, Malzahn pronounced that his team “laid an egg that day” in the Chick-Fil-A Peach Bowl. Even in the gutting fashion the Tigers ended last season, Malzahn knows that the talent will still be there this year. “We have a lot of our players back. We are going to have a hungry team, he said.” Interestingly enough, they also return a quarterback for the 2nd time in Malzahn’s 9 years.

Quarterback Jarrett Stidham similarly said the same about his offense, noting “I really think we’re going to be just as good if not better.” Stidham has become good friends with Missouri quarterback Drew Lock. He said he became very close with Lock at the Manning Passing Academy and the bond hasn’t wavered in the slightest. “No matter how long we play football he will always be a friend of mine,” said Stidham. The two were very impressive this week in Atlanta.

On the field, Stidham thinks he will have “a little more freedom” in the offense in his second year. “I just know a little bit more football this year. I know what to expect. I know what the coaches are looking for. I’m really anxious to get out there and have more control.”

He’s just got a little bit more confidence and that’s a trait you want in your starting quarterback. Stidham has learned a lot from last year’s experiences, both the good and the bad. “I’m glad it happened,” he said regarding last year’s painful loss at Clemson. “I’m glad I got sacked 11 times because that’s never going to happen to me again. I promise you that.” I’d believe that promise.

Stidham is now an Auburn alum, he just got engaged to his longtime girlfriend and is a Heisman trophy candidate. He’s living his best life right now, but he won’t let any outside or offseason distractions affect his play on the field.

As another SEC Media Days comes to a close, that means talkin’ season is almost over, and the real season is upon us. No more predictions, hypotheticals, what-ifs. For Gus Malzahn and Jarrett Stidham, it’s unfinished business, and they couldn’t be more ready to tackle another season together.