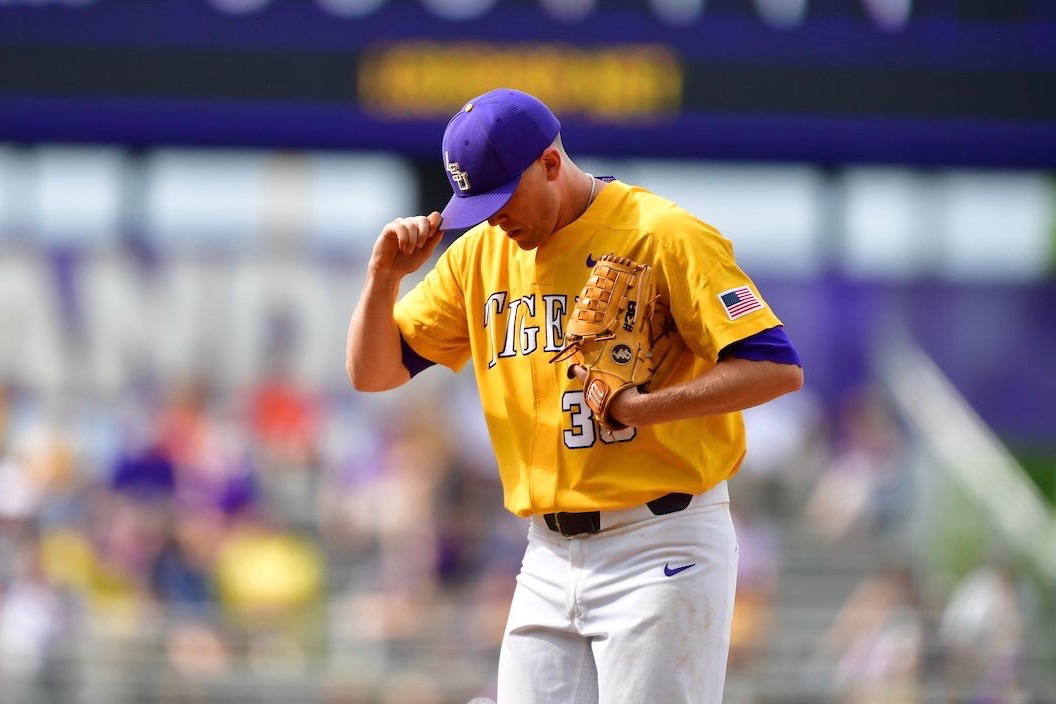 Just a few outs away from earning the sweep, Zack Hess surrendered a gut-wrenching two-run blast in the bottom of the ninth to drop the series finale.

The Tigers would fall to Auburn 5-4 to squander a huge sweep opportunity, but still take 2-of-3, something they needed to do entering the series. But, on Saturday, Matt Scheffeler’s two-run bomb was the difference.

The Tigers will now face South Carolina on Tuesday night in Hoover for their SEC Tournament opener. Paul Mainieri just told the media postgame that Jaden Hill still won’t be ready to pitch this week. Cole Henry should be ready to go, though.

Auburn takes a 5-4 lead in the 11th, as Hess gives up an RBI double to Will Holland. #LSU

LSU moves up in this week’s College Baseball polls