Home > Other > Hiring Ed Orgeron was the right move for LSU 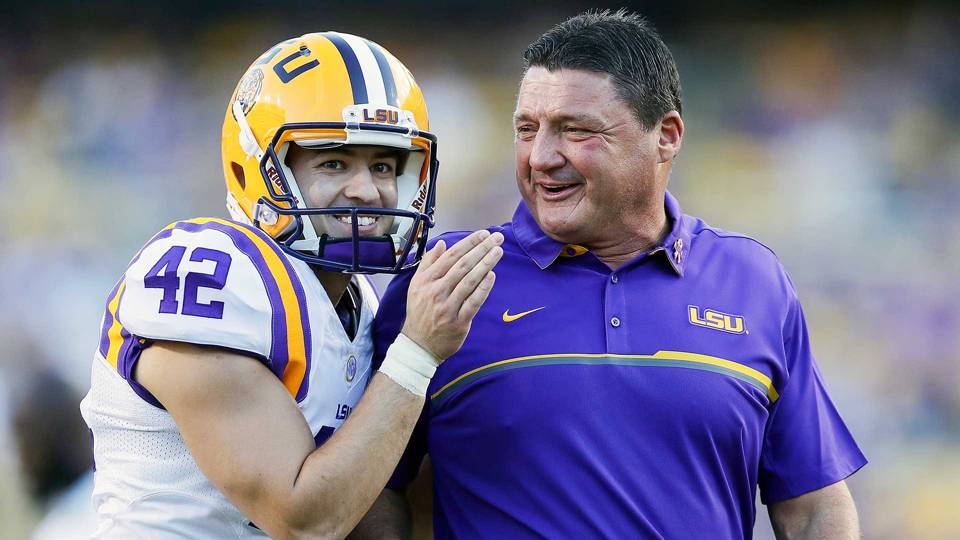 Ed Orgeron has agreed to be LSU’s new head football coach, and there is no one more perfect for the job.

The fifty-five year old Cajun from Larose, Louisiana is living out his dream, coaching his flagship university. Just yesterday, Joe Alleva announced Orgeron as the 33rd head coach in LSU history. Alleva and officials were going hard after Houston’s Tom Herman, however, Herman’s agent gave a ‘$6 million figure’ and LSU said no. With the hiring of Orgeron, LSU is now confident they’ll keep Dave Aranda with plans to give him a significant contract boost, which sources confirm happened today. LSU will also now turn their attention to hiring Alabama’s Lane Kiffin as their offensive coordinator, willing to make him the highest paid coordinator in football.

Hiring Ed Orgeron was the right move. No one in the world wants this job more than him, and that’s the undeniable truth. He will guarantee passion, and will put blood, sweat, and tears into the Tigers. Is he the flashiest coach? No, but he is an exceptional football coach, who couldn’t be more fitting for the job. In the introductory press conference, Orgeron said his goal was to “build a championship program fast, very fast.” He also is an exceptional recruiter, with the ability to real in the nations top talent.

Another reason? He motivates better than anyone. After LSU’s two tough losses, there was no letdown; they came back stronger than we’ve seen before. Ed Orgeron was the right move for the Tigers, and ‘Coach O’ is Louisiana. The fans love him, because quite frankly, he’s one of them.