Home > Other > How LSU's rivalry with Alabama has become the benchmark 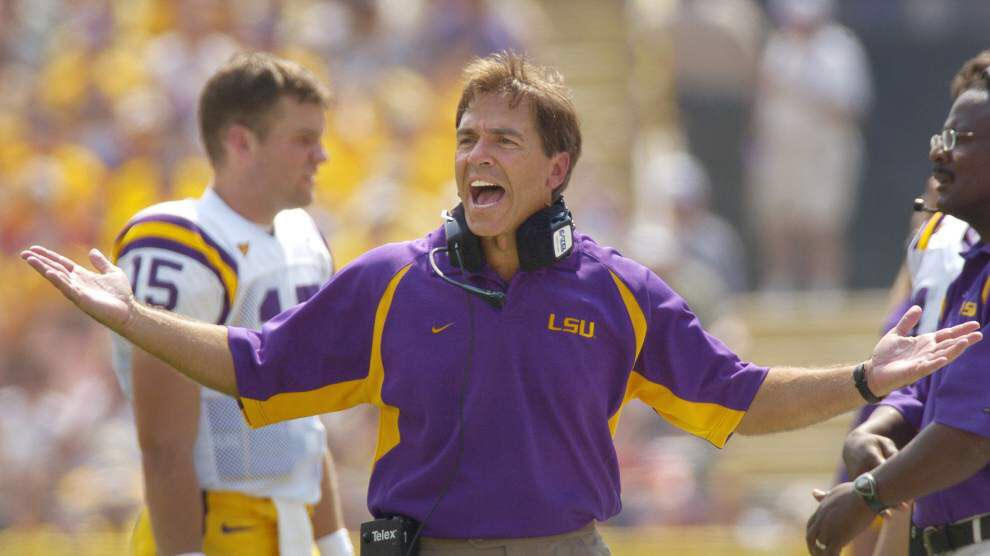 The first Saturday in November.

This time of the year defines who you truly are. LSU will get on the plane to try to do something they haven’t done since 2011: Beat Alabama.

Although the Tigers haven’t claimed victory in six tries, this game has been the benchmark of the Southeastern Conference. Plain and simple, the winner of the game usually plays for the SEC championship in Atlanta and eventually the National Title.

In ten short years, this game has presented a different feeling when you watch it. LSU and Alabama have produced the most players on current NFL rosters and will continue to do so in the future.

For the seventh straight year, CBS will use their primetime slot for this game, adding to the already mounting hype.

In 1999, Nicholas Lou Saban Jr. became the 31st head coach at LSU. Saban won 39 games in four years, the most by any coach in that span in school history. In 2003, Saban brought the school its second National Championship against Oklahoma in a 21-14 Sugar Bowl victory in New Orleans. Little did he know, this would only fuel the fire that would be the LSU-Alabama rivalry.

After his departure for the Miami Dolphins, which would only last two years, Saban made the decision of his life. He would return to coach college football, this time for the Tigers’ biggest and most hated rival: The Alabama Crimson Tide.

In 2007, Saban would fall to LSU in the midst of their next National Championship run under new head coach Les Miles. However, he would get his revenge in 2008 in his return to Tiger Stadium, besting the Tigers 27-21 in overtime. Since those two meetings, that seemingly set the stage for what would be ahead, the rivalry has turned into “must watch” television. Each play is the most important play for both teams, and it’s been characterized by stellar defense and tough-nosed, old-school football.

So, this Saturday it’s the Tigers and the Tide. They meet again, each controlling their own destiny, but by now, you should expect that. LSU is looking to snap the streak, get over the hump and fight for victory in Tuscaloosa. harrisonvalentine, 4 years ago 5 min read
Other