Home > Football > ‘I think that was the worst game I’ve played so far’: LSU’s Joe Burrow is still looking to improve 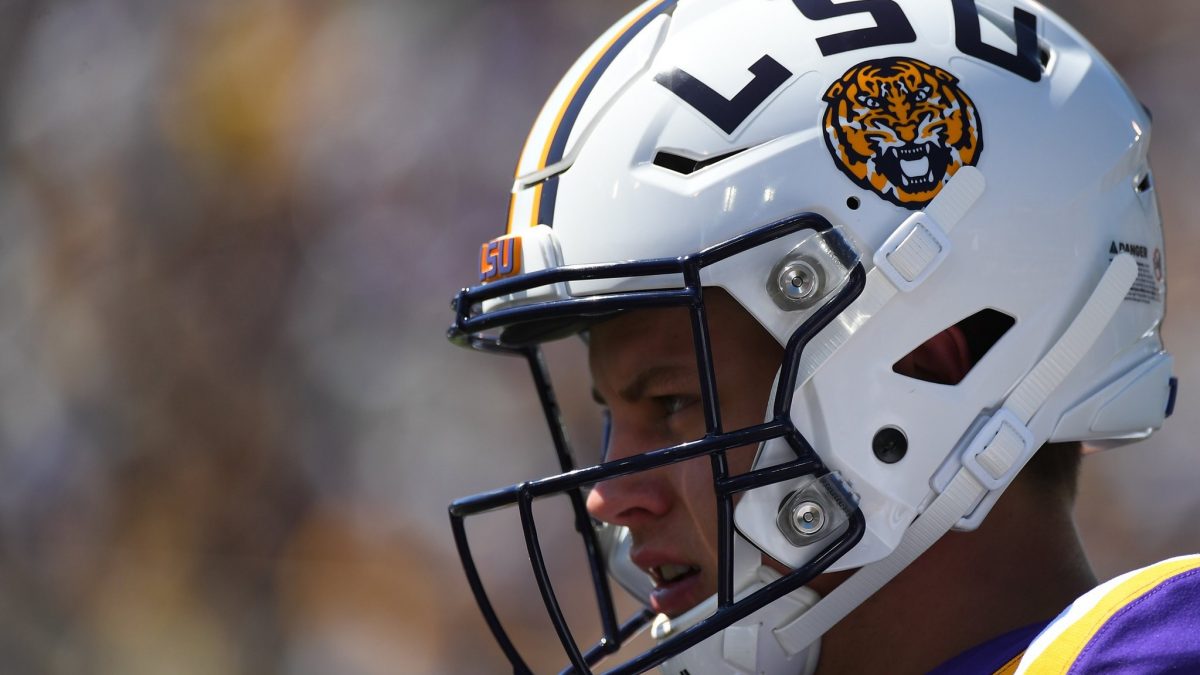 LSU quarterback Joe Burrow told the media this afternoon that Saturday’s record-setting performance at Vanderbilt was probably the worst game he’s played so far this season.

Burrow earned SEC Offensive Player of the Week for the third time in four weeks after throwing for a school-record six touchdowns on 398 yards passing. He also trails Jalen Hurts for the second best passer rating in all of college football (225.6). But, for Burrow, there’s always room to improve.

“I think that was probably the worst game I’ve played so far. I don’t want to say it was a bad game, but I played better in the first three. I have some things to correct,” said Burrow. “I held the ball a little too long sometimes, which was unlike me in the first three games. But, easy fixes.”

Fans have to love this perfectionist mentality from Burrow who, through four games, holds the 2nd best odds to win the Heisman Trophy.

#LSU QB Joe Burrow says Saturday’s game vs. Vanderbilt was one of his “worst games” of the season so far.

For context, he broke the single-season passing touchdown record.

LSU-Florida to be 7 p.m. kickoff on ESPN