Home > Football > Is Justin Jefferson to the Eagles a lock? 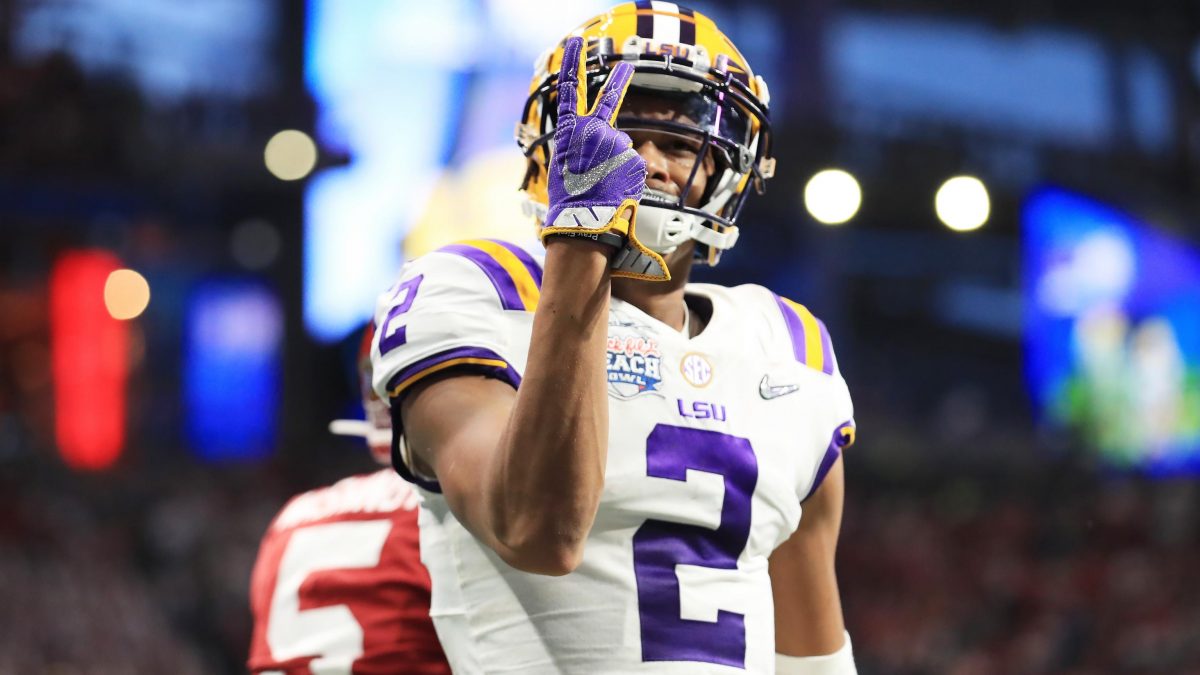 Former LSU wideout Justin Jefferson is shooting up draft boards. Projected as a mid-to-late first-round selection, many experts are hinting that the Philadelphia Eagles are targeting Jefferson at No. 21.

“This feels like you can just go ahead and put this one in ink. When I write a mock draft, the way I do it, picks that I’ve heard are going to happen, I submit them in and then work around them. So, Derrick Brown at eight, Justin Jefferson at 21. I used to do this with the kid at Texas to New England, Malcom Brown. So, it’s like, oh, heard that one’s happening, let me go ahead and lock that one in. This just … I will go ahead and believe Justin Jefferson is an Eagle even if someone else drafts him because we’ve had this happen so many times.”

According to The Draft Network, wide receiver is the Eagles’ No. 1 priority position, and sitting at No. 21, Jefferson — who reeled in 111 receptions for 1,540 yards and 18 touchdowns in 2019 — would be a home run selection for the City of Brotherly Love.