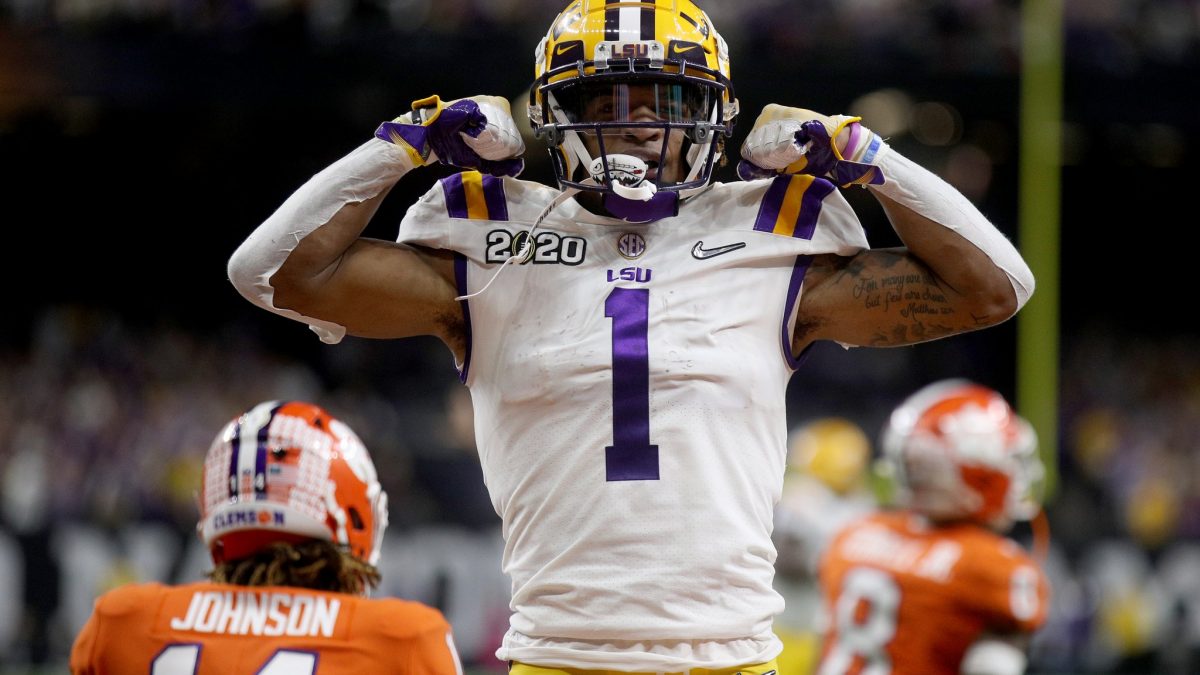 Breaking: LSU star receiver and Biletnikoff Award winner Ja’Marr Chase is opting out of the 2020 college football season to prepare for the NFL Draft, first reported by Dennis Dodd of CBS Sports.

He joins defensive lineman Neil Farrell and defensive back Kary Vincent as the third Tiger to opt-out of the season.

BREAKING ?: LSU star Ja'Marr Chase, the nation's top WR, expected to opt out of season and declare for 2021 NFL Draft, via @dennisdoddcbs. https://t.co/yyLiQ9hpmT

#LSU receiver Ja'Marr Chase is expected to announce he is opting out of the 2020 season, and he has informed the LSU staff of his plans, sources confirm to @TheAthletic. First reported by @dennisdoddcbs

LSU will be without the reigning Biletnikoff Award winner.