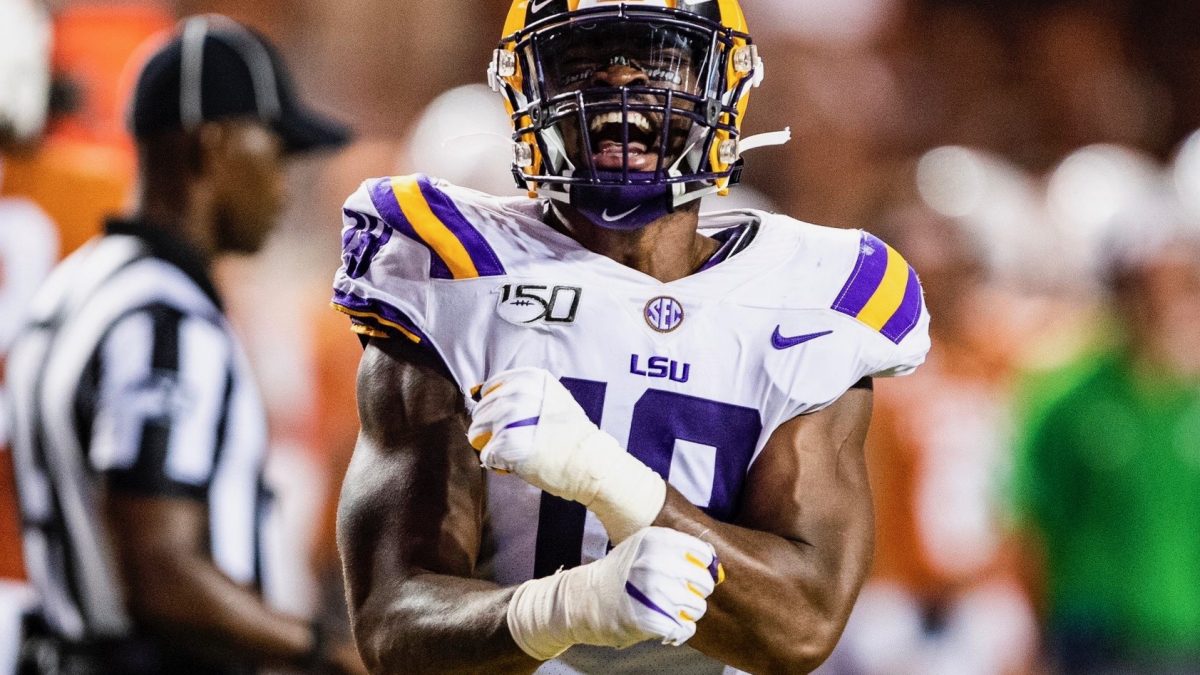 LSU has, without question, proven themselves among the elite.

Joe Burrow and the Tigers found themselves in a critical 3rd-and-17 late in the fourth quarter, but Steve Ensminger wasn’t going to be conservative. A year ago, LSU would have run the ball, eaten up clock and relied on their defense to win the game. Instead, Burrow connected with Justin Jefferson for a 61-yard touchdown. That’s this new-look offense in a nutshell. It’s aggressive, relentless and it may be what brings this program back to being a national contender.

Throwing for 471 yards and 4 touchdowns on Saturday night in Austin, Joe Burrow and the Tigers left triumphant in a back-and-fourth, blow-for-blow shootout with a Big-12 team. No, this is not an alternative universe. You are on planet Earth and you read that correctly. It may seem hard to comprehend, but man this offense is finally for real.

“The kid’s a baller, man. He lives for that moment,” said Orgeron on Burrow postgame.

For the first time in school history, LSU had three 100+ yard receivers in a game (J. Chase, J. Jefferson, T. Marshall). The Tigers relied heavily on their offense, something that may seem foreign to fans. According to LSU digital media, Burrow’s 471 passing yards rank second-most in program history behind Rohan Davey’s 528 vs. Alabama in 2001. While LSU’s offense looked phenomenal in every which way, outgaining Texas 573-530, it was clear the defense still has some work to do.

The pass rush was almost nonexistent. Because of the lack of pressure on the quarterback, LSU’s DB’s practically had no answer for Sam Ehlinger in the passing game. True freshman Derek Stingley Jr. was probably the bright spot, proving he can absolutely play with the best right away.

“We weren’t getting enough [pass] rush. We were getting beat on our 1-on-1’s. Guys were wide open. We didn’t tackle well in space. We couldn’t stop them,” said Orgeron on his defense. On a 103 degree night, the Tigers’ defense were dropping like flies. But, with Northwestern State, Vanderbilt and Utah State next up on the schedule, it may give the starters some time to heal.

Finally, one of the biggest storylines that won’t get national headlines was LSU’s freshman kicker Cade York, who seemed unfazed in a hostile road environment. York went 3/3 on field goals and 4/4 on extra points. With the help of York, the Tigers wouldn’t let Texas make it a one-possession game.

Regardless, the Tigers took a chance playing a nationally televised game vs. a perennial college football power and it paid off. LSU could have stayed home and played an FCS opponent, paid their money and went home. But, they didn’t. All eyes were on Joe Burrow and the Tigers and they delivered on the biggest stage. Buckle up.

Next, LSU faces Northwestern State at home for a 6:30 p.m. kick on the SEC Network.

On 3rd-and-17 in the 4th quarter, Joe Burrow and Justin Jefferson did THIS. pic.twitter.com/uf95gKNdAp