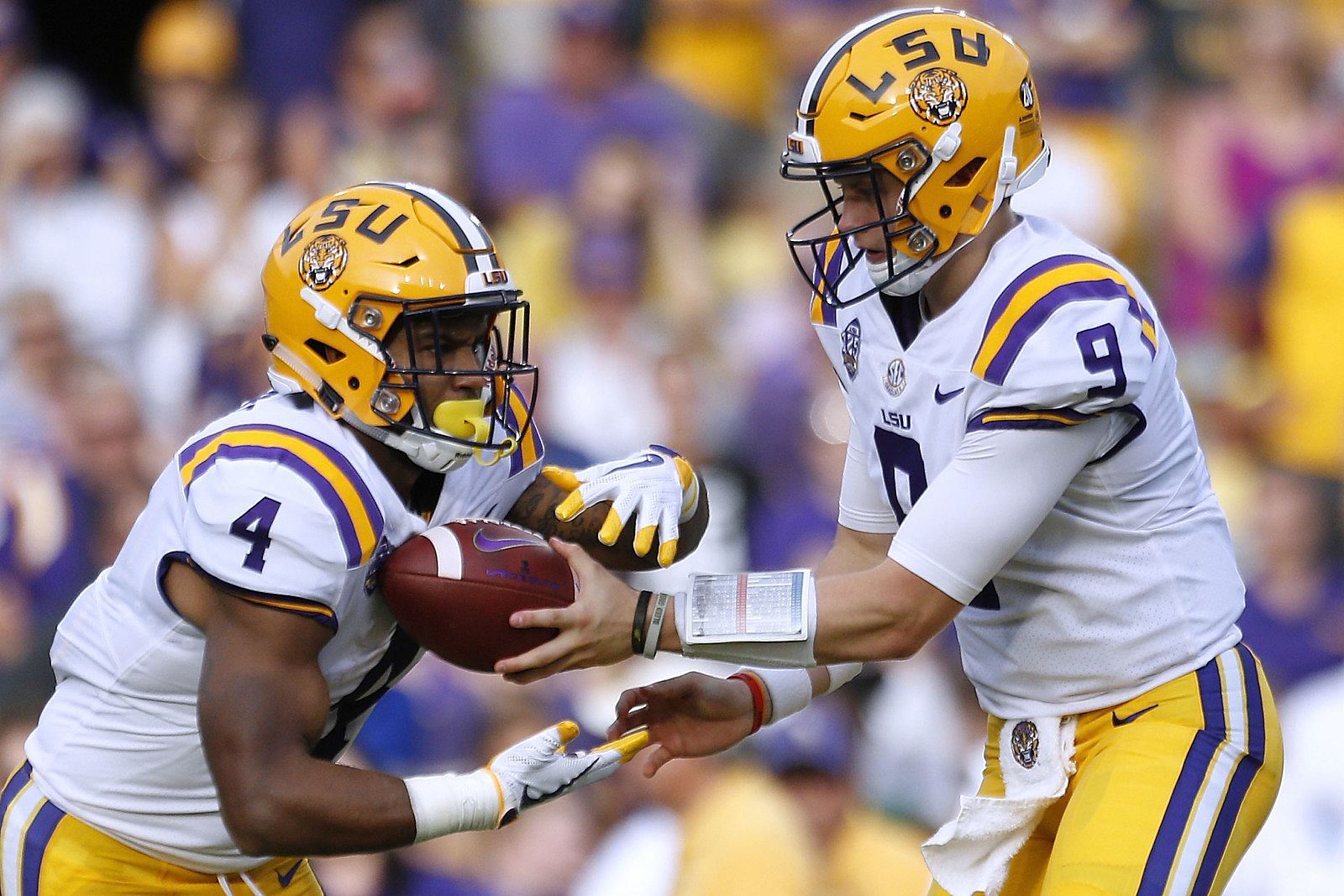 Joe Burrow hands the ball to Nick Brossette during the first half against Southeastern Louisiana at Tiger Stadium on September 8, 2018 in Baton Rouge, Louisiana. (Photo by Jonathan Bachman/Getty Images)

The transfer from Ohio State has made it clear he’s going to put his shoulder down each time he runs the football. But, after some of the hits he took last week against Southeastern, Coach O and Coach Ensminger are going to sit him down and teach him how to slide in practice this week ahead of Auburn.

“I don’t know if I’ll do the Tom Brady baseball slide, but I’ll try to take some hits off myself, maybe not lower my head into four or five people every possession,” said Burrow on Monday with reporters.

Plain and simple, Burrow thinks sliding is “soft,” but the coaches don’t care.

Burrow’s toughness is commendable, but in the long run, sliding will assure his safety. “[Joe] has the mentality of a fullback. He sees guys and he wants to hit them. Me and coach Ensminger are going to have a talk with him,” said Orgeron on Burrow in his Monday press conference.

Hopefully this will keep Burrow healthy throughout the season.