Home > Other > K.J. Malone will start at left tackle in Citrus Bowl 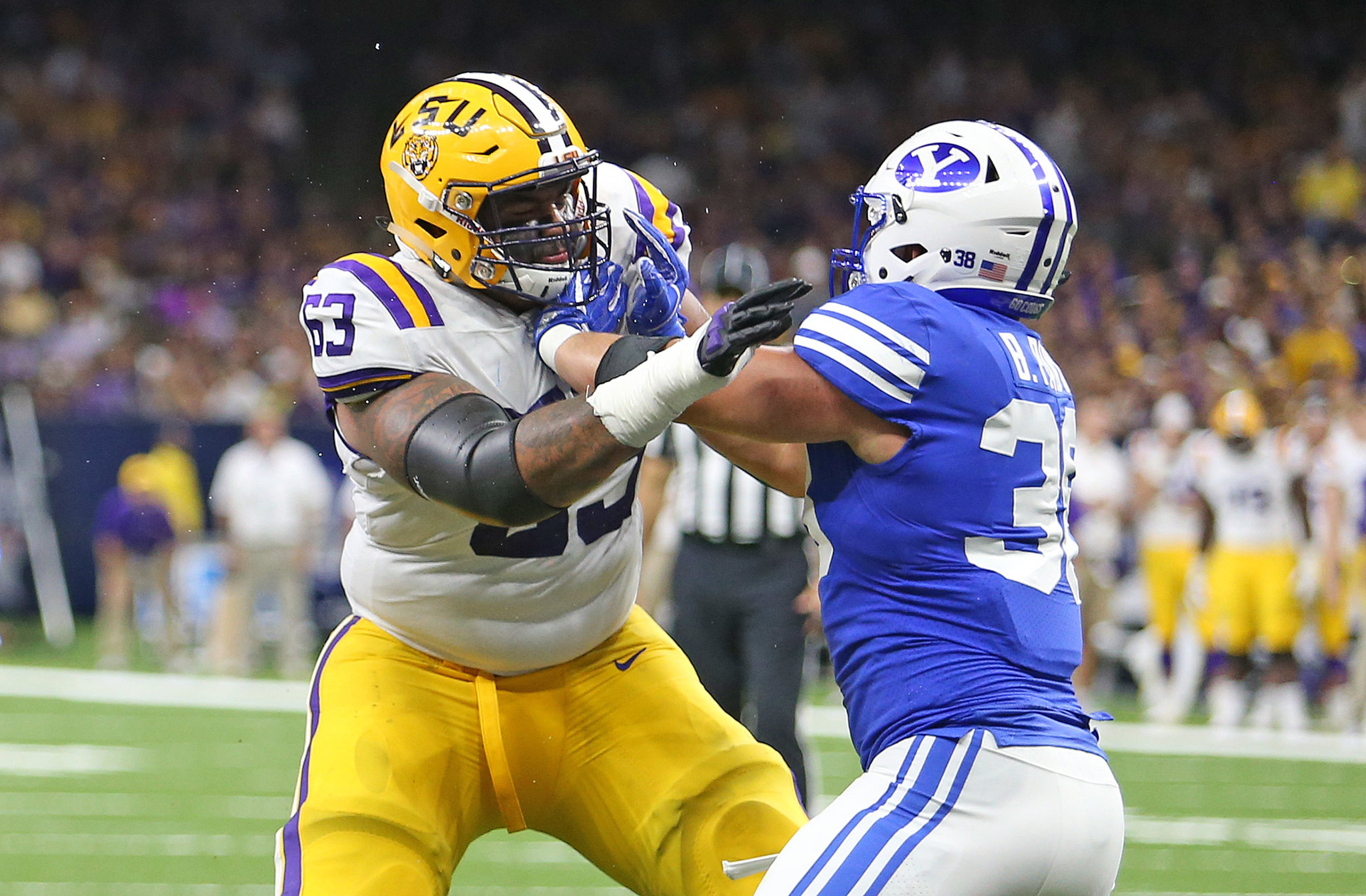 Ed Orgeron announced at Sunday’s news conference that senior left tackle K.J. Malone will return from injury to start the Citrus Bowl. Malone has not seen the field since injuring his patellar tendon at Florida on Oct. 7.

Orgeron noted that Malone has been “practicing all week” and “should be fine” to start tomorrow. This is a much needed boost for LSU, especially given the absences of other senior leaders like Donnie Alexander and Corey Thompson due to injuries. Edge rusher Arden Key did not travel to Orlando.

Orgeron also said he “hasn’t made a decision” on who will be LSU’s field goal kicker. “We don’t know who our field goal kicker is,” Orgeron said. This has been an issue for the Tigers all season, but Orgeron will have to make a decision between freshman Connor Culp and sophomore Jack Gonsoulin.

Although field goal kicking has been LSU’s achilles heel this season, there is help on the way. Orgeron and LSU did sign one of the top Division II kickers Cole Tracy to transfer during the early signing period. Tracy will count as a part of the 2018 recruiting class and will be eligible next year.

LSU and Notre Dame will kickoff tomorrow at 12 p.m. CT on ABC. For more coverage, follow us on Twitter @InsideLSU/@HValentineLSU.