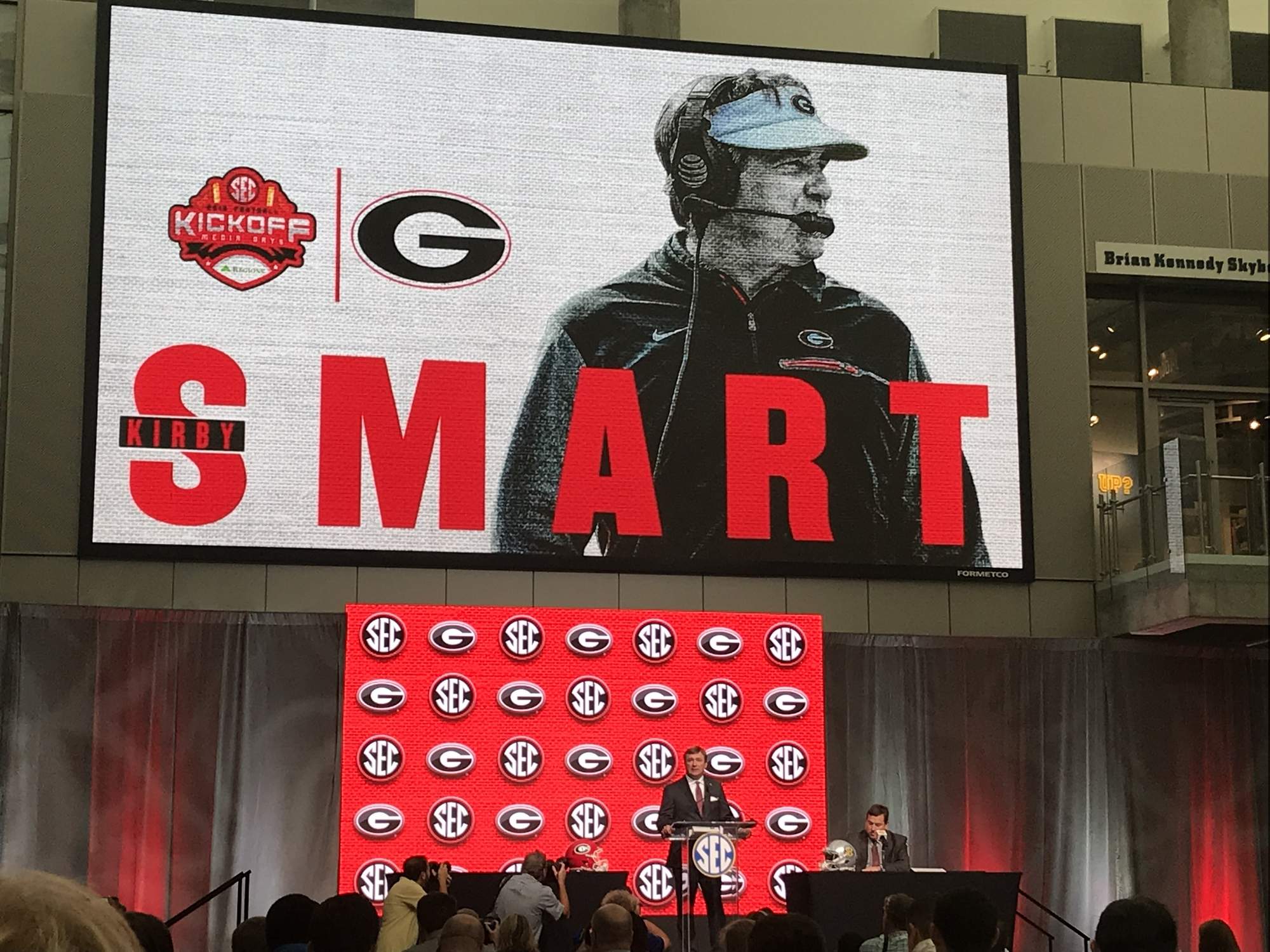 Who let the Dawgs out? It’s Day 2 at SEC Media Days.

Kirby Smart, Terry Godwin, Jonathan Ledbetter and J.R. Reed represented the Bulldog contingent, as the group faced tons of questions regarding high expectations, the pressures of dealing with it, Jake Fromm, Justin Fields and a whole lot more. When Smart was asked about playing in Death Valley, he said “I know the daunting task. I know the fan base is one of the best at intimidating. They take it to another level. Who wouldn’t want to go play in their career at Tiger Stadium.” Smart has had his fair share of trips to Tiger Stadium as the defensive coordinator at Alabama.

The Dawgs take on the Tigers on October 13th in Baton Rouge.

Georgia senior receiver Terry Godwin said he’s heard a lot about Death Valley and he’s excited to finally experience it for the first time in his career. “I’ve heard it’s going to be loud. It’s Death Valley. They say it can get rowdy.”

Ole Miss first-year head coach Matt Luke also made his SEC Media Days debut, talkin’ Jordan Ta’amu, his offensive line and the new redshirt policy. Luke commented on the rule change, noting he “really likes the flexibility that rule provides.” Despite the bowl ban that still looms over the program, Luke was still cool, calm, collected and optimistic in Atlanta for his first media days.

The Tigers, however, were not very kind to the Rebels last year in Oxford. Derrius Guice ran for 276 yards and a touchdown, and the Rebel defenders remember it very clearly. “[Derrius] was one of the better backs. He was a playmaker,” said Ole Miss defensive lineman Josiah Coatney.

Dan Mullen finished the day out, with “swagged out shoes” on his feet, discussing how he’s going to take a 4-7 team and turn the program back into what it needs to be. When asked about his decision to leave Mississippi State, Mullen said it was extremely difficult to leave the players and the people in Starkville. However, for him, it was the perfect job he couldn’t pass up.

“The opportunity to be the head coach at Florida is just different,” said Mullen.

LSU is No. 1 in Collegiate Baseball Preseason Poll